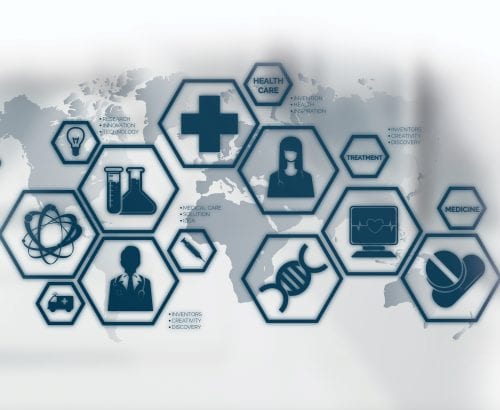 How often have you thought, “If I knew then what I know now…”? As individuals we have to learn everything as we go along, either from others or by trying different things ourselves. And along the way we all make a few blunders, some bigger than others. Mistakes, we’re told, are a great way to learn.

Nutrition science is a similar process. Scientists learn from what others have done before them and they also make observations and do experiments or trials themselves, or with colleagues from around the world. The internet has made sharing scientific information so much easier, but scientists also attend international conferences, so they can directly discuss their work with other experts in the same area. They join forces to give us nutrition advice based on pulling together all the knowledge currently available. And yes, there have been some missteps along the way. And no, they don’t always agree.

François Magendie, a French pioneer of nutrition science, presented findings of his dog studies to the Academy of Sciences in 1816. His trials were to find out whether a dog could live on a single food. The first dog had sugar. After two weeks it started losing weight and developing a corneal ulcer, and after a month it was dead. Further experiments followed using olive oil, gum and butter. The end result was the same each time. One of Magendie’s conclusions, which survives to this day, is that dietary variety is very important. We may think that’s obvious, but only because of the vast amount of knowledge that has been passed on to us since those early trials.

Imagine how exciting it was to discover you could make urea, a waste product made by our kidneys, in a laboratory. That is, you could make an organic compound produced by living systems without the help of a ‘vital force’. This was breakthrough stuff in the 1800s.

The early 1900s were a busy period of discovery in nutrition science, with a lot of research on identifying different vitamins and solving common deficiency diseases. So many new discoveries were made that some assumed they now knew it all. Oxford University justified closing its nutrition group soon after World War II because there was, in their view, little more to do.

While problems of deficiency and, following World War II, nutrition adequacy, were crucial in the first part of the 20th century, in the latter half, attention had turned to the problem of over-nutrition and the obesity epidemic.

In the 1980s and ’90s, there was a lot evidence from observational studies that people eating more fruits and vegetables, rich in vitamin A and beta-carotene (which can convert to vitamin A), had significantly lower rates of lung cancer and cardiovascular disease. So, a very large randomised controlled trial (the gold standard of nutrition research) was established to test whether daily supplementation with vitamin A and beta-carotene could reduce lung cancer in people at high risk of developing it. There were high hopes.

But the Beta-Carotene and Retinol Efficacy Trial (CARET) was stopped 21 months early because of clear evidence of no benefit and substantial evidence of possible harm: there were 28 per cent more lung cancers and 17 per cent more deaths in the active intervention group than the group taking a placebo. Clearly there was more to learn.

An article published in November 2017 highlighted an example of industry manipulating scientific knowledge as long as 50 years ago, and likely ever since. A review of internal documents from the US sugar industry found that in 1967 they terminated a rat study that was producing evidence linking sucrose to heart disease and bladder cancer. Results from the study were not published. In the same year, the industry also secretly funded a review article downplaying any evidence linking sucrose to heart disease. The article’s authors believe the industry has continued to manipulate the science with numerous industry-funded studies.

Governments fund a lot of research at universities and so does industry. It’s common practice these days for university researchers to declare funding sources and all conflicts of interest. It can be difficult to remain impartial when your funder has a financial interest in the outcome.

Debates around the role of sugar and fats, in particular saturated fat, are both likely to be fuelled by industries with a lot of money at stake. Adding to the confusion, we have people – with varying qualifications – who can make a quick buck by publishing a book with a catchy and controversial title. So, while there is so much more evidence around, and it’s so much easier to access, it can be even harder for someone who’s not an expert to sift through the different viewpoints. Which is why at Healthy Food Guide we are guided by renowned academics who do not have conflicts of interest.

Hints on Diet, a 1935 booklet from the Department of Health, offered recipes and menu plans along with some interesting nutrition advice, such as:

Advice from the Ministry of Health these days has the benefit of a substantially larger body of nutrition science, as well as information about what we’re eating. Since 1980, and with ongoing updates, the New Zealand Food Composition Database has detailed a wide range of foods available here and the amounts of specific nutrients in them. Four adult nutrition surveys have been undertaken – in 1977, 1989, 1997 and 2008/09 – and a national children’s nutrition survey was undertaken in 2002. Together, these tell us what nutrients different groups of our population are getting enough of, and what they are falling short on.

Nutrition scientists aim to provide the most up-to-date information and advice based on the best evidence available. It can be tempting to take the latest piece of research and tout it as the answer, but most academics want to know more first, because they know the science is always complex.

What we do know

Despite the ongoing controversies around sugar and saturated fat, and what may be the best diet for specific diseases, there is an awful lot we do currently know about the best way of eating for most of us. We may choose to eat at different times or in different amounts, but there’s strong evidence for a largely plant-based diet with less processed food. To paraphrase David Katz, renowned obesity expert, it’s not a lack of knowledge about healthy eating that’s holding us back. The distractions associated with exaggerated claims, and our failure to convert what we know into what we do, is holding us back.

The wacky world of nutrition

In the 1500s people already knew oranges and lemons helped prevent scurvy, but storing them on long voyages was a problem. So the College of Physicians decided other acids could be used instead. Sulfuric acid (diluted before use!) or vinegar were issued to ships’ surgeons to treat scurvy, without testing on their effectiveness.

It wasn’t until 1746 that James Lind, possibly the earliest systematic nutrition researcher, carried out a controlled clinical trial. He found sailors given lemons and oranges recovered from scurvy in around six days, while those given sulfuric acid or vinegar showed no improvement after two weeks. Understanding how that worked didn’t happen until the 1900s.

Protein, the only true nutrient

Having analysed muscles and finding no carbohydrate or fat in them, German chemist Justus von Liebig concluded in the early 1800s, without any physiological testing, that the energy needed for muscle contraction must come from the breakdown of protein. And why did we breathe faster during exercise? It was decided the increased supply of oxygen must be to keep the heart and other tissues from overheating.

What better way to study digestion in the stomach than to take in an unfortunate destitute who’d been accidentally shot and left with a permanent passageway through which food could be added or taken away from the stomach. US Army Surgeon William Beaumont experimented with this man for over 10 years (intermittently), finding that gastric juice containing hydrochloric acid was only secreted in response to eating. He also observed that oily food was slowly digested, but this could be sped up if the food was broken into very small parts.

Dermatitis, diarrhoea and dementia are symptoms of the disease pellagra, which results in death if it’s not treated. We now know it’s caused by a vitamin B3 deficiency. But in 1914, epidemiologist Joseph Goldberger tested his ‘unbalanced diet’ theory on 12 prisoners. They volunteered for the six-month trial and in return were to be released – if they were still alive. After five months, the diet seemed to produce pellagra in half of the men, but at the end of the period, the volunteers fled, thus ending the experiment.

World War II created unique opportunities to study the effects of starvation. Rations were very limited in post-war Germany and children at an orphanage were given different supplements in order to study the effects on their growth. Separately, in the ‘Minnesota Starvation Experiment’, 36 conscientious objectors were subjected to semistarvation, with most losing over 25 per cent of their weight. This helped figure out how to treat the victims of mass starvation in Europe. And the Dutch Famine Birth Cohort Study continues to investigate the effects of foetal exposure to the 1944-1945 famine on health in adulthood.

In 2005, when HFG first wrote about gut health, we knew that microbiota – the bugs in our gut – were important for the development of our immune system, but we had no idea about the extent of their importance. And back then we couldn’t have guessed the term ‘faecal transplant’ would become part of our lexicon.