Autoimmune disease: What to do when your body fights itself 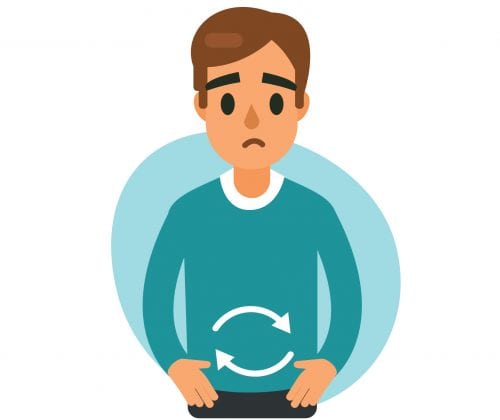 Our bodies have an amazing ability to bring complex biological processes together to work in harmony to keep disease and infection at bay. But sometimes, for sufferers of autoimmune diseases, this system goes awry, turning its defences on itself.

The result is the destruction of cells or tissues that are essential to our body functioning smoothly.

Often, autoimmune diseases are ‘invisible’ conditions – you look fine on the outside, but inside there’s a war going on.

Autoimmune diseases can affect different parts of the body. Some you might have heard of include inflammatory bowel disease (IBD), type 1 diabetes, coeliac disease, multiple sclerosis, rheumatoid arthritis, Hashimoto’s thyroiditis, psoriasis and lupus.

Throughout the world, the number of people diagnosed with an autoimmune disease is growing. The speed at which the incidence of autoimmune disease is increasing is faster than can be accounted for by genetic changes. It’s thought many environmental factors – including those associated with living in Western countries, such as diet, environmental toxins, stresses and infection – could be triggers for the increase in diagnoses.

Both types of IBD can cause diarrhoea, tummy cramps and pain, fever, nausea and vomiting. Depending on how severe the inflammation is, the symptoms can seem like irritable bowel syndrome or, in women, endometriosis. This is why screening (blood and stool tests) for IBD is important.

Treatment of IBD includes using medications to dampen down the immune system and reduce inflammation.

On top of the genetic potential to get IBD, the condition can be triggered by environmental and behavioural factors, including diet, smoking, stress and antibiotic use. Diet is thought to be a trigger factor because it influences the bacteria growing in the digestive system which, in turn, affects the immune system and inflammation.

If there’s a history of IBD in your family, it may pay to avoid a high intake of meat and fish (more than 2g/kg body weight per day). Current guidelines suggest 0.68g protein/kg for men and 0.6g protein/kg for women is an appropriate intake. Also, make sure you eat plenty of fruit, vegetables and fibre. Avoiding smoking is one of the most important things you can do to reduce your risk of developing IBD.

How can food help?

Dietary modification of gut bacteria is an emerging field in the treatment of IBD. A high-fibre, low-glycaemic index diet may reduce inflammation in the gut.

Although research on the use of probiotics in IBD shows varying results in terms of improving symptoms, both the low-FODMAP and the specific carbohydrate (restricting certain types of carbohydrates) diets have been shown to reduce inflammation and help good gut bacteria grow.

Researchers are also investigating the use of turmeric, on its own or alongside other nutrients, to reduce inflammation in people with IBD. Results are promising, so watch this space.

This is the most common cause of an underactive thyroid and it occurs when the immune system attacks the thyroid. The thyroid gland is at the front of the neck and shaped like a butterfly. It is responsible for producing hormones that control our metabolic rate, digestion, weight and muscle control.

Hashimoto’s thyroiditis is found more in women than men, and most frequently diagnosed when they are between the ages of 44 and 55 years. Genetics, alcohol use, stress, pregnancy, iodine supplements and the use of immune-modulating drugs all increase the risk.

Think you’ve got an underactive thyroid?

Symptoms are related to the lack of hormones produced by the thyroid gland. Weight gain for no apparent reason is one of the most common symptoms. Others include fatigue, becoming unable to tolerate the cold, hair loss, muscle aches, depression, menstrual changes (in women) and poor memory.

Head to your GP for blood tests to measure your thyroid and thyroid-stimulating hormone levels. The treatment is prescribed thyroid hormone tablets, which will normalise your hormone levels.

Food and the thyroid

Results from a recent study showed that a low-carbohydrate, high-protein, low-goitrogenic food diet not only helped with weight loss but also with a reduction in certain thyroid antibodies, meaning that inflammation in the thyroid may be reduced by this kind of diet.

Iodine is integrally linked with thyroid function. Too much salt can increase the risk of Hashimoto’s thyroiditis and overactive thyroid conditions; too little can also affect the thyroid.

In NZ, iodine levels in our soils are low, so our salt is fortified with iodine to compensate. However, with a tendency to limit salt intake in response to health messages (and therefore using less iodine-fortified salt), our dietary iodine intake is declining. So, we need to make sure we get enough iodine for our needs. Good sources of iodine include canned salmon, seaweed, bread, eggs, cheese and milk. Make sure you use an iodine-fortified table salt.

It’s also really important not to over-supplement with iodine if you’ve already been diagnosed with Hashimoto’s thyroiditis.

Rheumatoid arthritis (RA) occurs when the immune system attacks the membranes between joints, causing damage. Along with pain and inflammation of the joints, RA can stop you managing day-to-day tasks, and may even limit your social interactions.

Symptoms include swollen joints that are warm to the touch, stiff joints after sitting still or in the morning, fatigue and unintentional weight loss. You may notice this in smaller joints first, such as the hands, wrists, knees and ankles. At the same time, you may notice changes in your skin, eyes, saliva, nerves or circulation.

Treatment options for RA include steroids to dampen down inflammation and medications that suppress the immune system.

Research has shown that for those under 55, following healthy diet guidelines reduces the risk of developing RA.

Should you really avoid gluten?

Not coeliac and still having gut problems? The answer may be in fructans, one of the carbohydrates found with gluten, which can cause digestive upset. A low-FODMAP diet may be more appropriate than avoiding gluten.