Secrets of the naturally slim 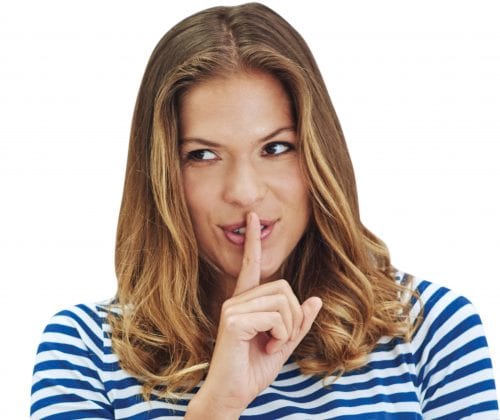 For some people, staying at a healthy weight seems easy. Have you ever wondered why? Healthy Food Guide takes a look at the habits of seven ‘naturally’ slim people.

Anyone who has lost weight, then quickly gained it back again will know that, while it’s easy enough to lose weight quickly, it can be hard to keep it off for long.

Health issues can come with excess weight – heart disease and type 2 diabetes being top of the list. Then there are the bodily discomforts of joint problems, lack of stamina, and breathing difficulties at night (sleep apnoea).

A matter of habit

Research into why some people are prone to weight gain is important in order to decipher underlying causes. And it’s also important to examine the habits of people who appear to naturally be a healthy weight. This goes beyond genetic tendencies associated with a normal BMI.

Over a decade ago, researcher George A Bray noted in the journal Physiology & Behavior that, while there’s a genetic basis for obesity and diabetes, ‘the current epidemic reflects the failure of our ancient genes to cope with a modern toxic environment.’

“The genetic background loads the gun, but the environment pulls the trigger,” Professor Bray says.

But it’s not a lost cause. We decided to follow up by identifying ways to beat the obesogenic or ‘toxic’ environment. We asked seven slim people who have maintained their weight over the years, despite having a normal love of food, how they do it. See how many of their habits you can tick off.

“There was big pressure when we were young to finish every­thing on our plates and I totally understand why, from a reducing waste point of view. The trouble is, when you eat at other people’s houses or restaurants you’re generally given more than you need. So, once I’m feeling I’ve had enough, I stop. I also eat quite slowly compared with other people, which makes me likely to have a bit left on my plate when everyone else has finished. If you simply eat every­thing you’re given, you stop listening to your own body, which knows what you need, and start allowing other people to make the decision for you.”

When I eat too much one day, I compensate with smaller portions the next

“If I’ve overdone it in an evening meal, I make a conscious effort to even things out the following day with a smaller portion. Equally, if I know I’m going out for lunch, I’ll have a smaller breakfast. I know I can’t cheat my body, although I did put it to the test quite often when I was younger. By the time I reached my 30s, I accepted that if I ate more than I needed, I’d gain weight.”

I don’t feel anxious if I get hungry

“I’ve always eaten regular meals, but I don’t need to feel full all the time. In my family, we had a proper breakfast before school and we had school lunches. But we didn’t snack on the way home – we waited for dinner. I think this trained me to eat regularly and to understand that it’s normal to feel peckish before a meal.”

I make time for food and appreciate meals

“As a child I pretty much organised my own food as both my parents worked and we didn’t have structured meal times. It was just one long graze on whatever was in the fridge and things I bought on the way to and from school. When I was 22 I met my husband, who’s French, and he was horrified. Just being around him taught me about the importance of making time for food. By watching how his family behaved at meal times I realised that it’s better for you socially, as well as physically and emotionally, to sit down and appreciate meals. I didn’t notice at first, but I gradually began to lose weight. After a year of marriage, I dropped to a healthier weight, which I’ve remained at ever since.

“I completely lost the taste for fast food and learned to appreciate simple ‘real’ food and having regular meals.”

“I’ve noticed that people always seem to want you to eat what they’re eating. I did this when I was at college in order to fit in, but I began to put on weight. When I went home in the holidays my mum gave me the strength just to say no. It annoyed people at first, but they got used to it. As I got back to my normal size I began hanging out with different people, who didn’t put me under pressure. I realised it’s important to look after your own body and stick with your principles around food, alcohol or anything else, and not to be dragged along by the crowd.”

Cakes and sweets are a treat

“I was cared for after school by my grandparents, and cakes and sweets were always on tap. I grew up thinking this was normal and became overweight – partly, I feel, because I continued eating these foods every day as a teenager and through my 20s. Once I tackled my weight as an adult and got down to a healthy size for my body shape and height, I finally accepted that I had to change this habit if I wanted to stay at a healthy weight for the rest of my life. It was hard at first, but I look back now and am amazed I thought it was normal to have these foods every day. Normal now means enjoying them as a treat.”

I avoid drinking my kilojoules

“As a child we had water with our meals, but at my friend’s house they always had fizzy orange and I used to pester my mum to give us the same. She used to say that I could either drink my ‘sugar allowance’ for the week or, instead, save it and have some sweets on a Saturday. She knew I’d opt for the sweets and she also knew that would mean I’d have loads less sugar overall. I’ve stuck with water ever since and have carried that principle through into adulthood. For example, I don’t drink smoothies, juices or hot chocolate, although they’re all on trend. Instead, I eat my fruit whole and opt for tea or coffee with a splash of milk, so I can ‘save’ my kilojoules to have as proper meals.”