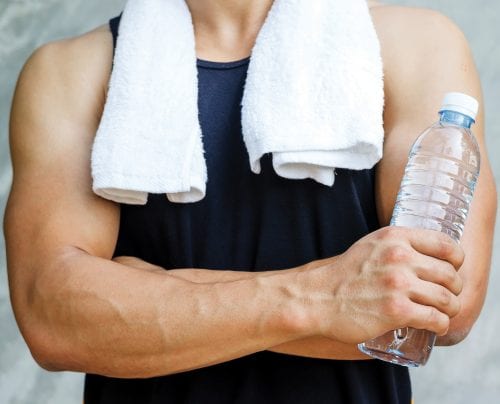 This is one of those columns where I will probably be labelled the fun police. But surely I wasn’t the only one to be slightly alarmed at the launch of an advertising campaign for Arnott’s biscuits featuring All Blacks’ coach Steve Hansen.

In the ‘Don’t lose your biscuit’ campaign, the coach is featured riding around a post-apocalyptic New Zealand; the chaos caused by the loss of favourite snack foods such as Tim Tams and Shapes crackers. Several All Blacks also feature, portrayed as cartoons.

This is strange on a couple of levels. Why would the All Blacks’ coach and, by extension, the All Blacks team and organisation, want to associate themselves so closely with biscuits?

What’s more, an Australian brand of biscuits? I’m pretty sure the All Blacks’ nutritionist would not have sugary biscuits and salty, fatty crackers on the very carefully tailored eating plans the players follow.

And why would an organisation, which knows its players (and coach) are role models to Kiwi kids, want to be seen to promote biscuits to those kids?

If you don’t believe kids notice the behaviour of their sporting role models, consider this story from the coal-face of healthcare.

In a Stuff interview, dentist Rob Beaglehole, the principal dental officer for the Nelson-Marlborough District Health Board, told of a five-year-old patient with rotten teeth that would need to be extracted. The child came to see him drinking a bottle of the Powerade sports drink. When asked why the child chose the drink, he replied it was ‘because Richie does’.

At the time, the All Blacks had Powerade as a sponsor. Now they have the equally sugary Gatorade. We can assume the effect will be the same on a five-year-old.

This got me thinking about other sponsorship of sporting teams. Companies sponsor sports teams because, presumably, they get some commercial benefit from it. Their name, associated with the team’s, gets an image boost and the brand looks good by association.

The All Blacks is a powerful brand. A little bit of All Blacks magic associated with a brand may provide the nudge we need to buy that product or service. If the All Blacks use that cereal or fly that airline, it’s good enough for us too.

Among the All Blacks’ sponsors, partners and supporters, there are a few brands we might not think of as healthy, such as Steinlager beer, Whittaker’s chocolate and Bluebird chips.

This last one seems like a questionable association for a rugby team too. Remember the kerfuffle when Piri Weepu was pictured bottle-feeding his baby daughter a few years ago? It could easily be argued that the All Blacks associating with a formula company is a tacit endorsement of bottle feeding ahead of breastfeeding.

Of course, the sponsorship money is needed. It takes money to run a sports team. The All Blacks’ budget must be huge. But I believe sporting organisations – especially this one, which holds such a powerful position in the national consciousness – have a responsibility to use their power as role models wisely.

How amazing would it be for the All Blacks to have a water brand as a sponsor? Gatorade is marketed here by Frucor, a company that also has water products in its portfolio.

The All Blacks could use their power to influence a whole generation of kids to choose water first. What a great legacy to leave.

If we could also get them to promote vegetables in big-budget advertising campaigns, we’d be on to a winner.