Can you escape your genes? 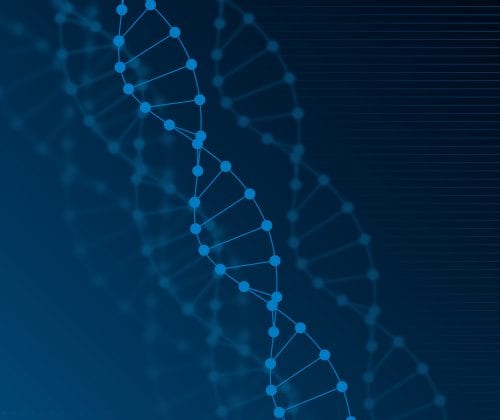 How do our genes shape our health outcomes? And is there a right way to eat for your gene type? Nutrition professor David Cameron-Smith investigates.

Kythira is a spectacular Greek island, where summer tourist crowds mingle with the local elderly residents. Already blessed with wonderful Mediterranean food, the residents of Kythira have one additional secret to their exceptional health. Many of the sprightly elderly residents of this corner of Greece have a rare gene variation known as rs145556679*. This gene provides extra heart health benefits, adding to their already healthy lifestyle.

Sadly, for most of us, the genes we have been born with are likely to carry the information that can increase, rather than protect against, diseases. But is it possible to escape the legacy of what is encoded deep in our DNA?

The future of healthcare

It sounds like science fiction but the possibility of having DNA testing to work out individualised medical therapy based on your gene type is looking more and more likely.

You see, scientists have been working away sequencing the three billion nucleic acid base pairs that are spread across the 23 chromosomes contained in a human cell, and in a few short years they will be finished.

What on earth are nucleic acids?

Nucleic acids are macromolecules (large biological molecules) which are building blocks for living organisms. Three other macromolecules are: carbohydrates, lipids and proteins. DNA is one variety of nucleic acid and transfers genetic information from parents to children with instructions for cell function.

Is health in your genes?

Our DNA is arranged as either regions that are code for particular proteins (known as genes) or the spaces between these genes (often called junk DNA). Every person has subtle variations in both genes and junk DNA, and this plays a big part in making us who and what we are.

These same genetic variations will also be the code for our personal disease risk. Today, many of the DNA variations that cause serious genetic diseases have been pinpointed. With the increasing speed and sophistication of DNA sequencing technology, the genetic origins of many more diseases will be unlocked.

How lifestyle can unlock the code

The efforts to unravel the link between genes and diseases is staggeringly complex. For a start, many diseases are the result of our genetic blueprint combined with how we live our lives. So, while genes are the code, it is an unhealthy lifestyle that can unlock this code.

In looking closely at the genetic origins of most human diseases, many thousands of genetic differences have been identified. These genetic differences can either increase or reduce the risk of developing one or more diseases. The problem remains in, first identifying these small genetic variations in the midst of three billion bases of genetic code. And second, once discovered, identifying the function of that gene and how its abnormal regulation contributes to the risk of disease.

It takes more than one gene

Making this even more confusing is that a single gene rarely has a major impact on health. It’s a combination of gene changes that add up to increase the predisposition to a disease. Gene combinations don’t work in a simple addition or subtraction model, as some gene mixtures multiply the risks, while others have the opposite effect. What we do know is, for any given disease, it’s likely the underlying genetic predisposition is a different cluster of genes for each person.

Despite the obvious importance of genes for any diseases, what is known of genetic predisposition can only explain a small fraction of the total disease risk.

Genes are static. From the very beginning of your existence to the person you are today, the DNA inside each cell has remained essentially the same. But genes do change in a very subtle way. Hidden on the outside of many nucleic acids is a small sticky compound known as a methyl. The process of binding a methyl to the DNA is called methylation. The process of methylation (and de-methylation – the removal of methyl) is carried out along the full length of all chromosomes throughout life. This addition to the chemical code of the DNA acts as a ‘volume’ controller. Methylation regulates the speed at which a gene can be read and the information used to make protein. By adjusting this ‘volume controller’, the cells of our body can either dampen or increase the genetic response to a wide range of circumstances.

The discovery of this level of genetic control, has led to a new field of research called ‘epigenetics’. It makes things even more complex and provides an insight into why genetic predisposition is, more often than not, a ‘life sentence’. But it also shows how it is possible to modify disease risk. The secret is, of course, a healthy lifestyle.

So what part does food play in how our genes make us healthy or not? Selectively turning up or down particular genes helps our body adapt to different situations. Nutrition is particularly important in regulating the methylation state of the DNA inside all cells – controlling the volume of gene activity. The role played by vitamins and minerals is crucial, and the B-group vitamins, found abundantly in fresh vegetables and fruit, appear to be most critical in directing the process of methylation.

New research has also pinpointed a unique role for omega-3 fatty acids. These nutrients are very much a centre piece of the traditional and healthy Mediterranean diet – the kinds of foods eaten by the residents of Kythira.

Good sources of B vitamins

For the residents of Kythira, the presence of the rs145556679* is a small lucky genetic bonus. It’s not the sole reason for their exceptional health and longevity. The overwhelming reason can be traced back to how they live and eat. Their diet and physical activity positively regulates the many ways the information of many thousands of genes is processed and converted into cellular systems. While we may not share in the benefits of the rs145556679* gene, we are, fortunately, able to share many of the same methylation benefits through healthy eating and physical activity.

If you haven’t already heard of the BRCA gene, having it is a major risk for developing breast cancer. The good thing is, people can now get tested and BRCA’s presence can trigger careful monitoring, meaning very rapid diagnosis and treatment if warning signs are there.

But, is there anything that can be done to modify risk? Breast cancer risk is also affected by lifestyle, with overweight and obese women at greater risk. Early research suggests that healthy eating and regular exercise is protective against breast cancer, even in those with the serious BRCA genes.

Many other genes have been found that influence the risk of diseases, including heart disease and diabetes. This information provides a vital piece of evidence in understanding future risk. But, in most situations, it is one additional piece of a very large and complex jigsaw puzzle. It may help tailor medical interventions and help design a monitoring program that can ensure that necessary signs and symptoms are precisely measured. More than anything, it should be a motivation for continued healthy eating and physical activity. All current scientific evidence continues to point towards the genetic health benefits of eating plenty of vegetables and fruits.

The trouble with twins