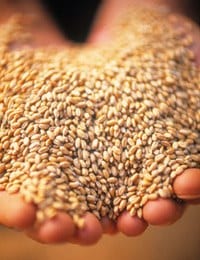 It’s Coeliac Awareness Week this week, so we explain a bit about this condition, including how to know if you have it and where to go for help.

What is coeliac disease?

Coeliac disease is a condition that causes damage to the bowel wall because gluten is not digested normally. It is an adverse reaction in the body’s digestive system to gliadin, which is part of the plant protein called gluten, naturally found in a range of wheat and grasses (including rye, barley and oats).

In people with coeliac disease, eating these grains results in damage to the villi (finger-like projections important in the small intestine for digesting and absorbing nutrients) and inflammation of the tissues. The effects of this damage occur a few hours after eating the offending food. As a result of this damage, the absorption of almost all nutrients appears to be affected in some way.

Who does it affect?

Why people get coeliac disease is not clear but the immune function and genetics both appear to play a part. Coeliac disease can occur at any age and once diagnosed, people have it forever.

It appears more commonly in women than men (a ratio of 3:1 has been reported in some research), and seems to be more common, but not limited to, people around 40-50 years.

It is also more common in people from Europe and the disease is rare among Asian and African people. A stressful life event can cause a latent coeliac condition to develop into the real full-blown disease.

Coeliac disease can be tricky to diagnose as it is usually not tested until several other possibilities have been eliminated. A biopsy is required to completely confirm the damage to the lining of the small intestine due to the disease. A second biopsy is often taken after several months on a gluten-free diet to examine the repair process and improvement in the structure of the lining. Diagnosis may not occur until the gut wall has been damaged by malabsorption over many years, resulting in changed bowel motions such as bulky stools and abdominal discomfort. Prior to these symptoms people may be lacking in energy and experience frequent headaches.

In infants and children the symptoms are more easily identified, as after eating gluten they become more tired and lethargic, with changes in bowel motions that often have a very strong smell. Older children do not grow as predicted and can have various mineral deficiencies (low iron is common), abdominal pain or discomfort and more frequent, softer bowel motions. For adults symptoms are less clear as diarrhoea, unexplained weight loss, bone pain, mild gastric upsets, abdominal distention, tiredness, irritation and other symptoms could easily be put down to the stresses and strains of modern life. Many patients actually have normal body weights. Researchers have suggested that anaemia may be one of the important things to look for in adults, especially in those with a family history of coeliac.

Coeliac disease vs. gluten sensitivity – is there a difference?

“Coeliac disease is certainly being diagnosed a lot more frequently these days, but the diagnosis as far as we know is still just coeliac disease, which must be diagnosed by a small bowel biopsy. Gluten sensitivity as distinct from coeliac disease is not a medically recognized condition. It is a construct of the alternative health industry, and it is possible some people are on gluten-free diets unnecessarily because of this. It is important to note that symptoms from exposure to gluten are delayed, often for several hours, so people who say they have an immediate response are probably experiencing some other allergic response.”

A wheat allergy, on the other hand, is a different distinct condition, being an immune system response to wheat specifically. People with this allergy only need to avoid wheat, and most children with wheat allergies will outgrow them.

What are the health problems associated with coeliac disease?

The most frequent health problem experienced by people who suffer from coeliac disease is anaemia due to poor absorption. There are various types of anaemia due to a deficiency of iron, vitamin B12, folate or vitamin B6 and there may be only minor symptoms in adults. A well-controlled gluten-free diet, the use of supplements and improved dietary intake providing plenty of these nutrients is recommended, with blood tests to monitor progress.

By far the greatest concern for people with coeliac disease as they age is bone health. Osteomalacia (weakening and softening of bone) results from the impaired absorption of vitamin D, and osteoporosis can occur due to impaired calcium absorption. People with osteoporosis appear to be 10 times more likely to have coeliac disease. Muscle cramps, due to poor absorption of calcium and magnesium are other possible health problems.

Because of the damage to the small intestine and the reduction in nutrient absorption that occurs in coeliacs, some vitamin and mineral supplementation may be necessary to correct a deficiency or to improve intake.  The most likely nutrients include iron, vitamin D, calcium and vitamin B12. The need for these should be confirmed with a blood test or bone scans. If gluten is introduced to the diet accidentally and the gut lining is damaged, this may also be a time when additional nutrient support may be necessary.

Lactose is the carbohydrate found in milk.  An intolerance can sometimes occur due to coeliac disease, particularly where there is damage to the intestinal lining of the digestive system. A lactose-free diet is used in conjunction with the gluten-free diet, and once healing of the lining has occurred (due to removing gluten) the lactose intolerance disappears. This is because the enzymes needed to digest the milk sugar are found in the lining of the small intestine, which the gluten has damaged. Symptoms of abdominal distension, gas production and changes in bowel functions are further aggravated by the undigested lactose.  Foods containing lactose include all milk products, as well as ice cream, yoghurt and foods where milk or milk solids are added as an ingredient. Hard cheeses (cheddar) do not contain lactose. Soy milk, rice milk and almond milk can be used to replace the milk in beverages, on breakfast cereal and in cooking.

Where to get help

If you think you may have coeliac disease, you should contact your local doctor and if necessary a referral to a specialist will be arranged. Proper diagnosis is very important.

Once diagnosed, a visit to a dietitian is often recommended. They will give you practical advice to help you adapt your diet.