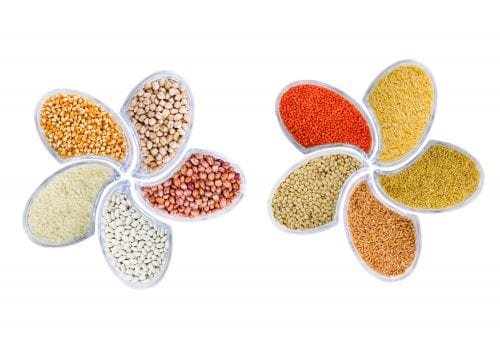 At long last, gut health is getting the attention it deserves.

Gut health is a big trend in nutrition. There’s much research being done on our gut flora, much of it pointing to fascinating potential links between the health of our guts and all the bugs that live there, and almost every aspect of our health. Gradually, we’re starting to talk more about what’s going on in our insides.

This can only be a good thing, especially as New Zealand has one of the worst rates of bowel cancer in the world. Partly this is because of our reluctance to talk about bowel symptoms; we tend to literally sit on the problem until it’s too late. Early diagnosis of bowel cancer means a much higher rate of survival. So being more aware of our guts — and of any changes — is a step in the right direction.

Interest in gut health is also driving us to explore intolerances. One of the most common minor gut problems reported is bloating and a recent survey from Fonterra found that 48% of women suffer digestive problems when under stress. Cereal maker Kellogg’s found that more than half of Kiwi women suffer bloating problems due to digestive discomfort multiple times a month. Some tried changing their diets to fix this, some drank more water and some reduced the amount of bread they ate. Surprisingly few — about a third — tried eating more fibre-rich foods. Yet a common reason for feeling bloated is constipation.

Interesting, then, to see research from The Grains & Legumes Nutrition Council. It found 12 per cent of New Zealanders avoid grain foods in their diets. Women are much more likely to avoid grain foods than men, citing weight loss, avoidance of bloating and to eat healthily as main reasons.

There were also those avoiding grains due to intolerances — some with diagnosed coeliac disease (which does mean a strict gluten-free diet) — but others with self-diagnosed intolerances to wheat or gluten.

For some of these people, limiting grain foods will have made a positive difference. But for others, they may be avoiding foods for absolutely no reason. And they could even be making their symptoms and health worse.

Nutritionists recommend we eat wholegrain foods regularly; they contain vitamins and minerals, but more importantly they add to the volume and variety of fibre we eat.

Another gut-friendly food group is legumes. These little marvels — chickpeas, lentils, peas, beans etc — are great friends to our gut bacteria. What’s more they are cheap, versatile and delicious. Yet only 29 per cent of us eat them.

We not only need lots of fibre, but also lots of different types and legumes are a good source of a special kind of fibre known as resistant starch, which has many benefits.

So if you’re interested in improving your gut health, here’s a challenge: add a couple of serves of legumes to your week. And think about the grain foods you’re eating — true whole grains in their least processed form make good choices, and in combination with other plant foods they’re a great addition to a healthy diet.