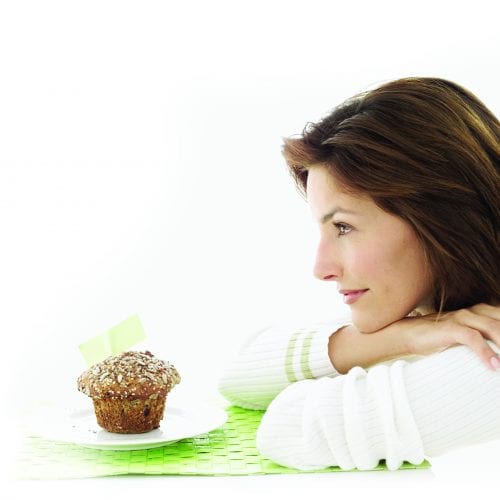 Low-fat was once the mantra for weight loss, but nutrition has come a long way since then. HFG senior nutritionist Rose Carr gives us the latest.

If you’ve looked online or at any popular diet books lately, you won’t go far before reading the claim that the advice ‘they’ have been giving us for years — to eat a low-fat diet — has not worked, and people have just got fatter. From here it is a short leap to the theory that fat is not the baddie after all, and we should all go back to butter and leave the fat on our meat.

While it may sound plausible, there are faults in this argument. One is that mainstream dietitians and nutritionists have not recommended a strict low-fat diet for years. Somewhere along the line, our understanding of fat and where it sits in our diet has become jumbled, and our behaviour — and that of food manufacturers — has reflected that. So what’s going on?

Why was the low-fat diet recommended?

As early as the 1950s, scientists thought there was some link between high-fat diets and increased risk of heart disease, one of the biggest killers in affluent societies. And investigating the exact nature of that link then, and now, continues to bring rise to several different theories and volumes of research.

Total fat intake was initially thought to be the culprit. This was despite a 1954 study finding that a mix of plant fats in the diet led to lower blood cholesterol levels than the same diet with fat from animal sources.

The next theory was that cholesterol in food was to blame. Over time the evidence led to saturated fat being a main culprit for heart disease. And we haven’t heard the end of that story yet, as scientists are now focusing on different types of saturated fats.

As early as 1961 the American Heart Association recommended Americans reduce or control their fat consumption and swap some saturated fats for poly-unsaturated fats as a ‘possible means’ to reduce heart disease. Few would have known what these different fats were of course, so this was advised to be done ‘under medical supervision’.

It wasn’t until the late 1980s and early ‘90s that the obesity epidemic was being talked about and solutions were needed. Most consumers at the time still had limited knowledge about different types of fat, so the simplistic message became: to lose weight (or prevent gaining weight) reduce fat intake. The low-fat message took hold in the US and spread throughout the world. And reducing fat in our diets did make some logical sense as well: 10g fat has 370kJ whereas 10g carbohydrate or protein has a little less than half that at 170kJ.

The concept of low fat was pretty simple to grasp, which regrettably made it perfect for food marketers. That’s not to say we blame them: what were they to do? Consumers started demanding low-fat products. So manufacturers stripped fat out of their products.

But fat in manufactured foods has functional properties. Fat can add crispness, tenderness, creaminess, flavour and mouth feel. So some products needed to be reformulated and for some that meant adding more sugar or other carbohydrate to maintain the product integrity and palatability. The end result for these products? Potentially little or no decrease in energy (kilojoules).

What were the consequences?

The recommendation to consume a lower-fat diet was probably intended to point people towards naturally low-fat foods such as vegetables. What people did, however, was quite different, with increased consumption of highly-processed, fat-reduced foods, increased obesity and poorer health.

Unfortunately, the low-fat message was often interpreted as ‘if you have a low-fat product, it’s good for you’. Research has demonstrated how we can easily consume more if we think a food is lower in fat as we assume it is also lower in kilojoules.

Research from the US, the home of the low-fat diet and low-fat products, tells the story of what happened during a time when Americans were advised to reduce the amount of fat in their diets. From 1971 to 2000, the percentage of energy from total fat decreased from around 37 to 33 per cent. On the surface, this looks like a good result.
Further analysis revealed, however, the decrease in the percentage of energy from fat was actually due solely to the increase in total energy consumed. In fact, people’s absolute fat intake in grams had increased. It was just that their intake of carbohydrates (mostly refined carbohydrates) had increased at a much greater rate. The result of this was an even less healthy population.

Why is a low-fat diet not recommended?

Most of us now have a much better understanding of different types of fats and their effects on our health. We do need fat in our diets. Fat plays lots of important roles in our bodies. But that’s not a licence to go crazy with the butter and cream. It is important to choose our fats wisely.

The current recommendation (both here, in Australia and the US) is for what could be called a moderate fat intake, with fat to make up between 20-35 per cent of energy. On average New Zealanders sit at the upper end of this recommendation, at 34 per cent. (Our HFG menu plans average around 30 per cent energy from fat, but they do vary).

A low-fat diet, at less than 20 per cent energy from fat, would be a lot lower than we’re used to.

There is good evidence that consuming a low-fat diet will lead to weight-loss, if in doing so fewer kilojoules are consumed. However, this is a very restrictive diet compared to what most of us normally eat, which means — just as with any other restrictive diet — it’s likely to be difficult to follow and maintain.

There is plenty of research to show that while people were able to lose weight on a low-fat diet, many subsequently regained that weight, and sometimes more, because they didn’t find that way of eating sustainable over the long-term.

Short-term diets for weight-loss are generally not recommended. A sustainable long-term dietary pattern that will get us to, and help us maintain, a healthy weight, is much more helpful.

So, is saturated fat now good for us?

Much has been made of recent studies which appeared to show that saturated fat does not cause heart disease. This has been picked up by some media who have interpreted it as a recommendation to add butter, cream, fatty meat and coconut fat back into our diets. However, these studies have been widely criticised by experts here and overseas for their methodology and the conclusions they draw, as well as for the way they’ve been interpreted. In fact the weight of evidence still firmly supports replacing saturated fat in the diet with unsaturated fat as a means of improving health. It does not support (and never has) replacing saturated fat with refined carbohydrates and sugar. Secondly, whatever the research says about saturated fat, it doesn’t say it’s a health food. ‘Less bad’ does not equal good. A little bit of butter or cream in a diet full of plant-based whole foods is not going to hurt. But adding lashings of it to a diet already full of refined and processed foods, will.

There are many ways to achieve a healthy diet. Looking at different ways the healthiest people eat around the world tells us that.

The Okinawans in Japan live long, healthy lives consuming an extremely low-fat diet. On the other hand, the traditional Mediterranean diet, also conducive to a long and healthy life, is relatively high in fat, mostly from fish, nuts, seeds and olive oil.

Recommendations these days place less emphasis on the proportion of energy from fat and carbohydrate and much more emphasis on the quality of the foods that contribute those fats and carbohydrates to the diet. Unless someone can analyse our diet for us, we’re unlikely to have a clue what proportion of our energy comes from fat, or anything else for that matter. What’s more useful is focusing on filling our diet with wholesome foods in sensible combinations.

A recent review of the evidence, aimed at answering the question ‘Which is the healthiest diet?’ found many eating patterns with meaningful evidence to show that they gave health benefits. All had common elements. While there are variations on the theme, the healthiest diets all include: an emphasis on whole plant foods, with or without lean meats, fish, poultry and seafood; limited intake of saturated fats, refined carbohydrates and added sugars; and an emphasis on minimally processed foods. Plant foods include vegetables and fruit, wholegrain cereals, legumes, nuts and seeds and their oils.

We could do worse than to live by the advice of food writer Michael Pollan: “Eat food; not too much; mostly plants”.

Which low-fat foods are worth eating?

The fat in meat, dairy and coconut products is high in saturated fat, so while these foods are highly nutritious it’s worth looking for reduced-fat or low-fat versions. These often have other benefits such as higher protein or calcium.

Should I go high-fat, instead?

Recent media coverage has speculated that low-carbohydrate high-fat (LCHF) diets may be the answer to our weight and health issues. The LCHF message, however, is unfortunately sometimes portrayed in media reports simply as: eat more fat, especially saturated fat. The impression is of eating slabs of butter, bacon and meat marbled with fat.

It is important to understand that simply adding more fat — especially saturated fat — to a standard Kiwi diet, and not radically changing anything else, is a recipe for disaster. The true LCHF diet involves getting up to 80 per cent of our energy from fat. To do that in practice, you also have to cut out practically all carbohydrate foods. This is pretty difficult — and likely to be unsustainable and unsociable — for most of us.

While LCHF is an interesting dietary theory, it is just a theory at this stage. There is little research to show it works in the long term, and no evidence to show whether or not it may do harm. We recommend sticking to a moderate fat, moderate carbohydrate diet.

How to include healthy fat in your diet

These foods provide the healthiest fats: