Before and after conception, parents’ diets matter 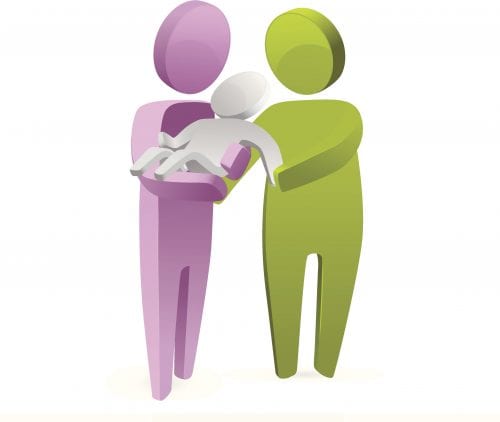 A growing body of evidence is showing that what both parents eat, even before they conceive a child, can have effects right through the child’s life. HFG senior nutritionist Rose Carr looks at the latest research.

It may seem a stretch to say that before you’ve even conceived, your diet can affect your child’s health long-term. But that is exactly what scientists are now telling us. And blokes, take note: it’s not just the mother’s diet.

Epigenetics: why diet counts throughout life

We’ve known for some time that we should choose our parents wisely to get good genes. But while genes provide the instructions for the development and maintenance of the body, we also have a second set of instructions called the epigenome.

Environmental factors influence the epigenome to activate or silence different genes and this interaction is happening from conception and throughout life. This explains, for example, why identical twins with exactly the same DNA become less alike as they age. There are a range of environmental factors at work, including physical activity, but nutrition is thought to be the major factor influencing epigenetic changes in the foetus. Epigenetic changes during development can leave permanent marks that can potentially be passed from generation to generation.

Can you ‘programme’ your child’s future health?

While the theory about developmental origins of adult disease is not new, the study of epigentics is relatively new, and has helped explain how the theory works. A mother’s smoking, obesity, being underweight, excessive weight gain or undernutrition during pregnancy, gestational diabetes and pre-eclampsia all have a potentially harmful effect on the growing foetus by changing its ‘programming’, in other words altering the epigenome. It’s now accepted these factors increase the susceptibility of the child to diseases in later life, such as type 2 diabetes, insulin resistance, hypertension and osteoporosis.

Mounting evidence suggests that a child could be programmed to become obese by its mother taking in excess kilojoules during pregnancy.

We need to remember, however, that’s never going to be the full story. Diet and activity from birth, and throughout our lives, will determine the effects of any such programming in the womb.

A recent study among Gambian women was the first to show how eating habits at the time of conception can affect human genes. This study compared babies conceived during the rainy season to those conceived in the dry season. Marked seasonal differences mean diets at these times vary significantly. The researchers took blood samples of the women shortly after becoming pregnant and analysed these against the DNA of the babies. They found that the diet before pregnancy, rather than during pregnancy, was crucial to rates of a particular chemical compound in the babies’ genes. Although it’s not yet known what consequences the difference could have for the children’s health, it’s the first time this effect of the mother’s diet before conception has been demonstrated in humans.

There is growing evidence, mainly but not exclusively from rodent studies at present, that the father’s influence on the foetus is also more than just his contribution of DNA.

It’s well known that mothers need adequate folate to help prevent miscarriages and birth defects. Canadian research using mice has now found male folate deficiency is also associated with an increase in birth defects of various kinds in their offspring. This study shows that along with the developmental map, the sperm also carries a memory of the father’s environment and possibly even of his diet and lifestyle choices. The researchers recommend fathers pay as much attention to their lifestyle and diet before they set out to conceive a child as mothers do.

A mother being obese may programme the foetus for metabolic disorders later in life but human studies now suggest a father’s obesity could also affect foetal development and the future health of the child.

Where is the science at with…

An adequate amount of DHA, one of the long-chain omega-3 fats, is needed for the development of the brain and eyes. DHA to be used by the placenta and foetus is sourced from fat stores, dietary DHA, as well as being made from other omega-3 fats. A 2013 review in the American Journal of Clinical Nutrition found the evidence around taking an omega-3 supplement during pregnancy to enhance cognitive or visual development is inconclusive. Making sure you have an adequate amount of long-chain omega-3 from your diet, however, especially during the second half of pregnancy, is advisable. The best source for this is oily fish.

New US research published in JAMA Pediatrics in February 2014 builds on the mounting evidence that eating nuts during pregnancy could reduce a child’s risk of having nut allergy. In this study of over 8000 mothers without nut allergy, having eaten 28g nuts more than five times a week during pregnancy reduced the risk of nut allergy in their children (now aged 11-16 years) by 69 per cent. These women also reported the highest consumption of vegetables and fruits and tended to introduce nuts into their child’s diets at a younger age. (Remember that whole nuts are a choking hazard for young children so until they are five years old a smooth nut paste is recommended instead.)

Mothers eating a diet rich in healthy foods can positively influence children’s preferences. Flavours are transmitted from the mother’s diet to amniotic fluid and breast milk.

In a randomised clinical study of development of flavour preferences, groups of pregnant women were assigned to drink carrot juice during the last trimester of pregnancy or during the first three months of lactation, or to avoid carrots and carrot juice during both pregnancy and lactation. When mothers weaned their infants at around six months of age, infants exposed to carrot flavours in either amniotic fluid or mother’s milk ate more of carrot-flavoured cereal and made fewer faces of distaste than the non-exposed infants.

And in a mouse study researchers found exposure to a maternal junk-food diet resulted in early desensitisation of the opioid system — a system that controls pain, reward and addictive behaviour — which may explain the increased preference for junk food by the offspring.

What should we eat if we’re planning for pregnancy?

Now is the ideal time for you and your partner both to make some positive changes to your diet that could potentially have long-term consequences for your child. Be practical: remember it’s your whole diet that counts, not just one week, one day or one meal.

What if I can’t eat when I’m pregnant because of morning sickness?

If you can’t eat without vomiting when you’re pregnant, you have to accept your diet isn’t going to be as good as you might want it to be. All we can ever do is our best! And remember: what happens after baby is born is important, too.

Help! I’ve already got kids and I didn’t pay attention to diet before I had them…

Alcohol and y​our child: it starts before conception

Women drinking alcohol while pregnant is a risk factor for foetal alcohol syndrome and other developmental disorders in their babies. A 2013 study from the UK found drinking during the first three months of pregnancy was linked to lower birth weight and premature birth. The researchers also found that drinking during the period leading up to conception was linked to a higher risk of restricted foetal growth, indicating that this may be a critical period as well. Dads have up until now been off the hook on this one, but in research on mice published in February 2014, fathers’ alcohol consumption has for the first time also been linked to foetal abnormalities.