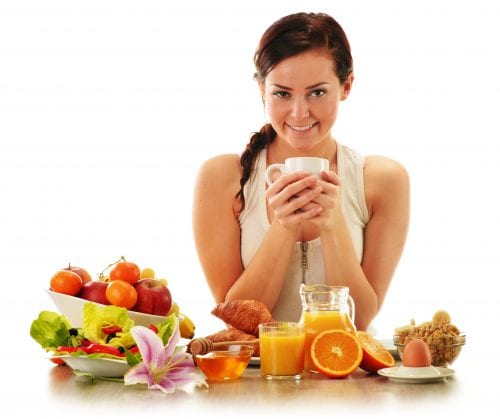 Nothing in science stands still, and that’s certainly true of the science of nutrition. In the 10 years of Healthy Food Guide’s life, here are some of the trends we’ve seen come along.

The idea that some carbohydrates take longer to digest and are therefore healthier for us featured on our very first cover and in the following 10 years the knowledge and understanding of what makes a good-quality carbohydrate has grown. It’s common to see ‘low GI’ claims on food now. We think that’s a good thing.

It’s worth noting that when HFG started in 2005, low-carb diets were all the rage, with the Atkins Diet the most popular fad. Over the years they’ve waxed and waned in popularity, with various incarnations popping up. The Dukan Diet (2010) had people eating nothing but protein for five days in its ‘attack’ phase. We’d be wanting to attack some veges (and possibly some people) by the end of that! Now low-carb diets are popular again, possibly on the back of the paleo and sugar-free dieting movements. These are certainly healthier than Dukan. But we still say — as we have from the start — that sensible amounts of good-quality carbohydrates are important for good health.

We first touched on gluten intolerance and coeliac disease in our fifth issue, and again in 2006. Since then we’ve featured hundreds of gluten-free recipes and released several gluten-free cookbooks. The interest in gluten-free diets has exploded in the past 10 years, and with it has come a corresponding increase in the number of gluten-free foods available on the market. It’s fair to say that not everything with a gluten-free claim on it is healthy; it’s very possible to consume a diet of gluten-free junk food, should you choose to. And whether or not everyone following a gluten-free diet really needs to be is debatable. But for those who’ve struggled to find quality gluten-free alternatives to everyday foods, more options can only be a good thing.

In the same vein, food allergy diagnosis has increased in the past 10 years, and with it, the awareness of allergies and the availability of allergy-friendly products. The research on food allergy hasn’t stood still either — see page 40 for more.

In 2010 we ran our first feature on IBS and the then-newly discovered area of FODMAPs. Since then, research in the field of gut health has really taken off. The more we find out about the microbiome (our individual populations of gut bacteria) and how it affects many aspects of our health, the more there is to be discovered. Expect lots more on this in the next 10 years.

If there’s a trend that’s defined the past three or four years, it’s sugar — or rather the demonising of sugar. In 2012 the first of the popular books on ‘quitting’ sugar appeared, and interest in all things sugar-free has followed. Our features on sugar have struck a chord with readers, as have our low-sugar recipes. We’re still of the view that cutting out all sugar is difficult and not really necessary. But we agree, too much of the white stuff is not a great idea. As always, we like to keep the added sugar down in our recipes and menu plans.

The phrase “Eat food. Not too much. Mostly plants” was coined in 2008 by writer Michael Pollan. With it, he articulated how to eat a healthy diet in just seven words. This, in essence, is what we at HFG have always advised, but the ‘mostly plants’ part is something that’s engaged more people in the past five years. More of our readers than ever eat meat-free meals at least once a week, and more than ever follow a totally or mostly vegetarian diet. We like to include animal products as well as plants, but we always focus on the plants first.

We see this plant positivity growing in years to come.

Sadly, a trend that’s grown faster than anyone would have liked. New Zealand is now the fourth most obese nation in the OECD. Almost a third of Kiwi adults and 11 per cent of children are obese; a further 35 per cent of adults and 21 per cent of children are overweight. Couple that with obesity-related diseases such as type 2 diabetes, heart disease and cancer and we are looking at a huge (pun intended) burden on our economy and communities in the very near future. We hope this trend doesn’t continue. But until we have a national strategy — including education and regulation — to address it, sadly we don’t feel too confident.

In the meantime we’ll keep doing what we’re doing, helping Kiwis get healthier one meal at a time. We hope you’ll be along for the ride.