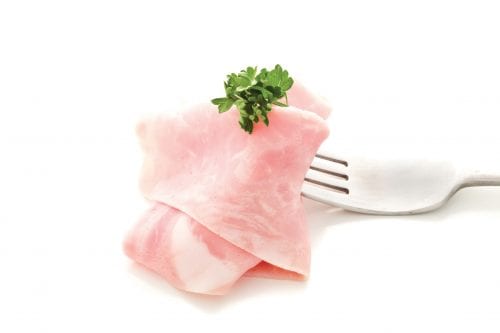 I’ve heard bacon is as bad as cigarettes! What’s this about?

What do they mean by ‘processed meat’?

Meat that is smoked, cured, fermented, salted or otherwise processed to preserve it, such as ham, salami, bacon, pastrami and jerky. Sausages are sometimes mentioned in this group, but not all are processed. A highly processed smoked frankfurter or a sausage preserved with salt would be considered processed. A freshly-made butchery sausage containing nothing but minced meat and spices would not.

Will processed meat put me at risk of cancer, like smoking?

Unfortunately the headlines are confusing. Yes, smoking and eating processed meat have the same carcinogen classification, but that doesn’t mean our risk of cancer from bacon and smoking is the same. What the WHO has identified is the level of evidence; they’re confident processed meat has the potential to cause cancer. But they’re not looking at how much cancer it causes. The cancer risk from smoking is much, much higher than the risk from bacon. There’s no need to swear off the Christmas ham altogether.

However, it has been known for years that processed meat and cancer, particularly bowel cancer, are linked. The World Cancer Research Fund (WCRF) recommended in 2007 that we eat ‘little, if any’ processed meat.

What about red meat?

The WHO classified red meat as a Group 2A carcinogen, meaning it is ‘probably carcinogenic’. But again, this doesn’t mean if we eat a steak we’re going to get cancer. Also in Group 2A, for example, is shift work. When it comes to risk, we know that people who eat the most red meat have an increased lifetime risk of bowel cancer over those who eat the least. But there are also benefits to eating meat — it’s a great source of protein, iron and zinc. So we need to weigh these up and look at the bigger picture of our whole diet.

What are safe amounts?

The WCRF recommends eating little, if any, processed meat, so keeping it to an occasional treat is probably wise. With red meat, the WCRF recommends no more than 500g cooked weight (700- 750g raw) a week. Keep portions the size and thickness of the palm of your hand and eat other proteins — fish, chicken and tofu.

What else can I do?

If we’re keen to cut our cancer risk, there are things that will probably have more impact than eating one less bacon sandwich: getting lots more veges into our day and having less of that other Group 1 carcinogen, alcohol.