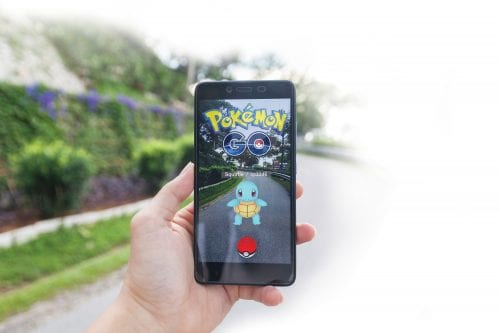 Niki Bezzant wonders whether the pluses of playing Pokemon Go will stay or go.

It could be that by the time you read this the Pokemon Go craze will be over. “Pokemon who?”, you might be asking.

I kind of hope not, though. Although it’s a bit weird seeing clusters of people wandering around, eyes glued to phone screens (and downright hazardous if you’re not watching where you are going because the Pokemon people certainly aren’t, and collisions are common), I think, in general, it’s a positive trend that gets people out and about and moving. And a video game that does this on such a mass scale is surely quite rare.

The stereotypical gamer is more likely to be found glued to a chair than roaming parks and streets. And we all know how bad inactivity is for us. Just recently we were warned again, in a series of articles in medical journal The Lancet, that the whole world needs to lift its game when it comes to exercise. The public health researchers who authored the articles say we face a “global pandemic” of physical inactivity. They warn there has been too little progress in tackling this, with a quarter of adults worldwide still failing to meet current recommendations on physical activity.

The cost of inactivity is not just poor health — heart disease, diabetes, stroke and cancer — but also financial. Inactivity leads to losses in productivity and quality of life, which cost money for the health system and for society in general. The Lancet report authors conservatively estimated that physical inactivity cost healthcare systems NZ$65 billion worldwide in 2013. In New Zealand, physical inactivity costs $167 million per year. Sitting around is bad all round.

The good news is it’s not too hard to reverse the bad effects of inactivity. You don’t have to spend hours at the gym to offset the harm done by sitting. Although they say an hour of activity a day is ideal, even a little bit of movement makes a difference, and a little bit is better than nothing. The researchers found that people who sat for eight hours a day but were otherwise physically active had a much lower risk of early death compared with people who sat for fewer hours a day, but were not physically active.

So even though some Pokemon Go players are already cheating — hiring Pokemon chauffeurs to drive them around while they play, or hacking GPS trackers to make it look like they’re out and about when they’re really sitting behind a computer — some are probably getting a bit more physical activity than they may have had before. For kids, this is a great message to get, and it may spark a long-term habit. If that’s the case, it’s a win all round.