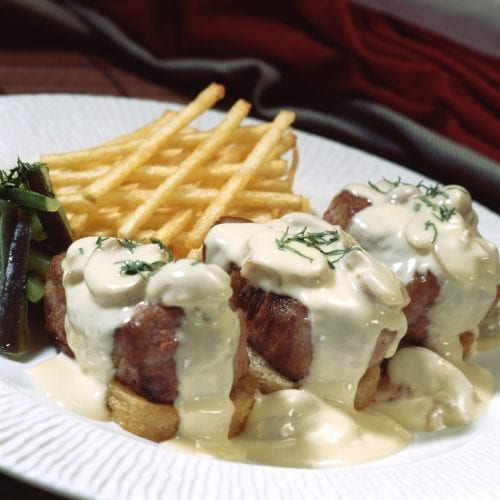 Q: “I’m new to cooking and find myself confused about cream. I know what fresh cream is but I’m not sure about crème fraîche, double cream and heavy cream. Can you explain?”

A: It can be confusing when you’re reading recipe books from other countries which have slightly different types of products. Heavy cream is an American term which refers to cream with 36 per cent (or more) fat. The equivalent in New Zealand is the regular fresh cream sold in supermarkets. Double cream has a higher fat content – around 48-50 per cent, and it’s not commonly available here. Crème fraîche, on the other hand, is cream that’s had a culture added, making it slightly sour in flavour. It’s around 40 per cent fat. If you’re trying to cook healthily, however, cream is not an everyday ingredient. It is high in saturated fat, which isn’t good for us. I have had good results substituting evaporated milk or light sour cream for cream in some recipes. Using combinations can also lower the amount of fat – for example, if a recipe calls for whipped cream, whip up half the amount of cream and fold in low-fat yoghurt to make up the other half. This tastes great and is healthier, too.