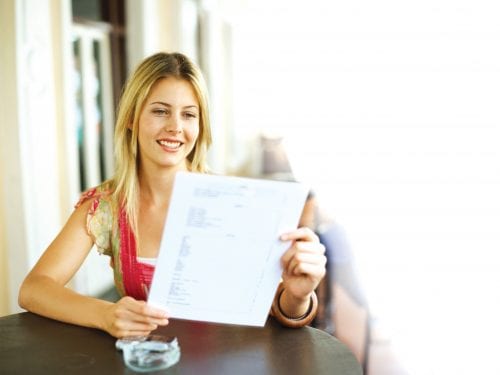 Restaurant menus decoded – Eating out is a great pleasure. But it can be tricky for health-conscious diners to sort through less-than-healthy menu choices.

Nutritionist Emilie Isles identifies the common mistakes people make when choosing from menus — and how to avoid them.

While home-cooked meals are your best bet when it comes to controlling what goes into your meal (and your portion size), New Zealand’s dining landscape is filled with great opportunities to taste various cuisines and foods. Variety is, as they say, the spice of life! While most restaurant menus have at least one healthy option, it may not necessarily be the one you first think.

“All vege side dishes are good”

Any chef will tell you that fat adds flavour so be aware of where fat may be added to otherwise healthy vegetable options. ‘Glazed’, ‘sautéed’ or ‘crispy’ varieties of vegetables often contain butter or oil, which significantly increases the kilojoule content.

Arriving at a restaurant really hungry is a mistake that can really take a toll. While waiting for your entrée or main to arrive at the table, you may find yourself mindlessly (and hungrily) reaching for the bread basket. The trap here is that we rarely adjust our main meal portion to compensate for the pre-dinner intake.

If you are going out for dinner, include a lower-GI, higher-protein snack in the afternoon to curb your appetite. Try a pottle of reduced-fat yoghurt, or low-fat cottage cheese and sliced tomato on wholegrain crackers.

When you get to the restaurant, remember that while olive oil contains a good amount of healthy monounsaturated fats, it is still very energy-dense. If you do decide to have some bread and olive oil, pour a small amount of olive oil onto your bread plate to avoid repeatedly dipping into the communal bowl of oil.

Another way to help avoid overeating is to order your main in an entrée size. And if you do order a full main, you don’t have to eat it all — it’s perfectly acceptable to take home leftovers.

“It’s vegetarian – it must be healthy”

Like some salads, vegetarian dishes may fail to provide any significant amount of protein, so you won’t feel full and may end up overeating. And simply serving a whole bowl of pasta is not a balanced way to include carbohydrate. Other dishes may fill you up with fat and too many kilojoules with ingredients such as cheese (such as vegetarian lasagne) or cooking methods such as fried vegetables, fritters or tempura.

If choosing a salad, look for dishes that include legumes such as chickpeas or lentils, as these are great low-GI, high-fibre sources of protein. Pasta dishes often appear as the vegetarian option on menus, however, pastas smothered in cream or cheese-based sauces can create problems for your waistline — so go for tomato-based alternatives.

Soups, such as minestrone or lentil soup, can also be filling and nutritionally balanced: ask for a multigrain or sourdough bread roll for some filling, low-GI carbohydrates.

And while many people are quick to dismiss cheese as a high-fat food, lower-fat varieties such as ricotta cheese and cottage cheese are a great way to include protein in vegetarian meals.

Even when avoiding typical fried entrée choices such as spring rolls and curry puffs, many Thai menu options can contain significant amounts of fat, sugar and salt, thanks to coconut milk, sweet sauces and soy sauce.

While you may have heard about the ‘benefits’ of the fat found in coconut-based products, much of this fat is saturated fat. Palm oil, often used in Asian cooking, is also high in saturated fat. Don’t be shy about asking if these ingredients are used to prepare the dish — if so, ask if they can be removed or substituted for other ingredients (for example, canola oil).

As a general guide, laksa and creamy curries contain a significant amount of saturated fat and excess kilojoules. And Pad Thai, often perceived to be a healthier option, is actually high in energy and fat, due to the fried noodles, large amounts of sauce, and chopped peanuts.

Other healthier options include barbecue meat with veges, and clear-style soups such as Tom yum. If you order a stir-fry, be sure to include a generous serve of vegetables and choose one with a lighter sauce (such as lemongrass and chilli). Steer clear of satay and oyster sauces, which are high in fat and/or sodium and keep an eye on your rice portion — aim for about half a cup or a quarter of your plate.

There are two traps here. One is completely avoiding carbohydrates, which makes you feel deprived and more vulnerable to going overboard with dessert. The other trap is having too much of the wrong carbohydrate. It’s easy to fill up on bread while waiting for your meal — the danger is not compensating for it when you get to your main meal.

Many restaurants also tend to use potato as the main vegetable in their meals. Potatoes are good but sometimes restaurants add lots of fat by frying or mashing them with butter and cream. Including low-GI, lower-kJ carbohydrates in your meal will make you feel more satisfied and curb the temptation to splurge later.

Passing on the white bread at the start of your meal but ordering an entrée-sized pasta will leave you feeling satisfied. It also helps to consider which parts of the meal are providing carbohydrate, and to control your portion: a small portion of rice with a vegetable-rich Asian-style meal is a great example. Opt for a baked potato or kumara instead of fries or mash, and request a smaller portion. By making sure you have a good balance of carbohydrate, lean protein and vegetables, you will feel satisfied without needing to fill up on less-than-healthy options later in the meal!

“Fish is a fail-safe option”

We are all aware of the benefits of regularly including fish in our diet — omega-3 oils have been linked to reduced inflammation, reduced risk of heart disease and improvements in brain function, just to name a few. With many people unsure of how best to cook fish at home, it’s often a popular choice when dining out.

Many fish dishes, however, come with a butter-based sauce or have been cooked or fried in oil. When paired with chips or sauces such as a mayonnaise or aioli, the fat and kilojoule content of your seemingly healthy choice can skyrocket.

Look for steamed, baked or grilled fish dishes, as well as sashimi or ceviche dishes. The latter two are quite light options, so try adding a side salad or steamed vegetables. Ask your waiter if sauces or aioli can be served on the side, or simply replace them with another option where possible.

“Sushi is healthier than other cuisines”

While this can be true, there are some kinks in the sushi train line you should be aware of. Varieties such as chicken schnitzel and tempura prawn contain a significant amount of saturated fat as they are usually deep-fried. Japanese mayonnaise also contributes significant fat and kilojoules. While avocado is a source of healthy fat, it still contains a high energy load, so watch your portion sizes.

Edamame beans are a delicious snack and a great choice to supplement your sushi. Sashimi and teriyaki chicken varieties of sushi provide lower-fat alternatives. Wasabi mixed with a little soy sauce packs a flavour punch and is low in fat. But while soy adds flavour, it has a high sodium content, so keep it to a minimum. And opt for raw salmon and tuna over cooked tuna to avoid extra kilojoules from sauces.

Five questions to ask your waiter next time you eat out

Remember, even the smallest changes can make a difference, particularly when made consistently over time.