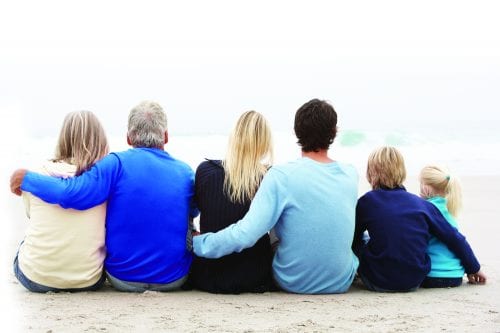 Think bowel cancer can’t happen to you – or just don’t want to think about it at all? Nutritionist Bobbie Crothers lifts the lid on why bowel cancer screening is so important.

When most people hear the phrase ‘bowel cancer’, they switch off. Some may think ‘It’s an old person’s disease’, others simply don’t believe it could happen to them. For many people, it’s just too unpleasant to discuss. But New Zealand has one of highest bowel cancer death rates in the OECD. So it’s time bowel cancer stopped being a taboo topic.

Who does bowel cancer affect?

Bowel cancer (also known as colorectal cancer) refers to cancer of the rectum or colon. It is the most common internal cancer in New Zealand — and the second leading cause of cancer death after lung cancer.

Bowel cancer affects both men and women. In 2008, there were 2801 new cases and 1280 deaths from the disease. About one in 10 bowel cancers occur in people under the age of 50 — and the risk doubles each decade after the age of 50.

In Australia, the government has initiated a National Bowel Cancer Screening Program for people aged 50 and over. In New Zealand, the Ministry of Health will be undertaking a four-year bowel screening pilot from late this year. A national screening program could be years away. This means it’s even more important for us to take charge of our own bowel health.

Bowel cancer is caused by the uncontrolled growth of abnormal cells which form a tumour within the lining of the bowel or rectum. Most cancers of the bowel develop from small growths called polyps, however, not all polyps are cancerous. The development of these polyps — and whether they will become cancerous — depends on genetic factors (such as family history) and environmental and lifestyle factors, with diet and inactivity being the main lifestyle contributors.

What are the risk factors?

There are only a few known risk factors for bowel cancer, including:

However, four out of five people who develop bowel cancer have no known risk factors.

What if I see blood in my stool?

If you see blood in your stool, or there is blood when you go to the toilet, see your doctor. Your doctor may perform a physical examination via the rectum. This involves the doctor examining the rectum with their finger to check if there is any bleeding in the rectum and to feel for any abnormalities. The doctor can then decide if further tests are required.

Symptoms you should look for

There are very few symptoms of bowel cancer, and they may not appear until the cancer is in its advanced stages. That’s why it’s so important to act quickly if you notice any of the symptoms below:

If you have any of these symptoms, it doesn’t necessarily mean you have bowel cancer — but it’s very important you check with your doctor. Additionally, no matter your age, don’t assume that you are too young to have bowel cancer — it is increasingly affecting all age groups.

While we know bowel cancer is the second most deadly form of cancer, the good news is that it is the only potentially preventable internal cancer in men and one of two preventable cancers in women (the other being cervical cancer). This makes awareness of the risks and symptoms — and early detection via screening — vital.

A recent report from the US shows the effectiveness of getting screened: bowel cancer screening increased from 52 per cent to 65 per cent in people aged 50-75. The incidence of, and death from, bowel cancer declined significantly in most US states over the same period.

It just goes to show that overcoming your embarrassment, talking to your doctor about your risk of bowel cancer and then getting screened, could save your life.

During this procedure, if the doctor sees anything that needs further investigation, samples (biopsies) can be taken for examination in the laboratory.

Sigmoidoscopies can be done in an outpatient clinic and do not require an anaesthetic or sedation. The doctor will then determine if a colonoscopy is required.

A colonoscopy is the most sensitive and specific method for examining and diagnosing issues within the bowel. Biopsies, the removal of polyps and other operations can also be undertaken during a colonoscopy if necessary. Colonoscopies can help reduce the number of deaths from bowel cancer by up to 90 per cent.

So what should you expect if you have a colonoscopy? First, the bowel needs to be empty during the procedure to allow a clear view of the inside of the bowel. The day before a colonoscopy, you will need to drink a special solution from midday and over the course of the afternoon. The solution acts as a powerful laxative to flush out the bowel — which means you will be going to the toilet often. No food is allowed from midday the day before but you can have clear fluids.

During the procedure you will be sedated, so you won’t be aware of what’s happening or feel any pain. A colonoscope — a long, flexible video instrument — is inserted into the anus and up through the entire bowel. The procedure usually takes only about half an hour, depending on the findings and whether any polyps need to be removed. Most people are in and out of hospital on the same day and can be back to work the next day.

A colonoscopy is seen as the gold standard method for examining the bowel for polyps and cancer. Where age is the only risk factor for bowel cancer, a colonoscopy may be recommended every five to 10 years. If you have other risk factors, talk to your doctor about having a colonoscopy more often.

Another type of test that can screen for bowel cancer is known as a Faecal Occult Blood Test (FOBT). Most tumours and large polyps bleed, however, blood can be present in such small amounts that it goes unnoticed. An FOBT identifies if you have any blood in your stool. The test is very simple and you can do it yourself at home — it is quick, easy, painless and non-invasive. However, the FOBT is only recommended for people who do not have a personal or family history, or any obvious symptoms of the disease. If you have symptoms or a personal or family history of bowel cancer, you should discuss this with your doctor.

You can buy an FOBT kit from pharmacies for about $60. See www.bowelscreenaotearoa.org for more information. It’s important to note that a negative FOBT test doesn’t rule out cancer or polyps completely, as a cancer or polyp needs to be bleeding at the time the test is taken. Studies have shown that an FOBT performed every one or two years in people aged 50 and over can help reduce the number of deaths from bowel cancer by 15-33 per cent. If you get a positive result from your FOBT, it must be followed by a colonoscopy.

Too embarrassed for testing?

It’s important to remember that doctors talk about, and conduct surveillance and screening tests, for bowel cancer every single day, so there is no need to be embarrassed. If you are really anxious, talk to your doctor beforehand about each step of the process to remove some of the mystery. Remember, a few minutes of discomfort is far better than dealing with cancer.

Ways to help reduce your risk

1.  Get screened. Talk to your doctor about a prevention programme, especially if you are 40 years or older.

2.  Always look before you flush. See your doctor immediately if you notice blood in the toilet bowl or on your toilet paper, or if your poo is black or appears to contain blood.

3.  Know your bowels. If you have persistent changes in bowel movements — like diarrhoea, constipation or abdominal pain — talk to your doctor. While these symptoms can have many causes, it’s best to get them checked out.

4.  Limit alcohol. If you drink, do so in moderation (no more than two standard drinks each day and two alcohol-free days each week) and limit consumption of beer, as it’s thought to be linked with bowel cancer.

7.  Maintain a healthy body weight. Obesity has been linked with colorectal cancer in several studies.

8.  Don’t smoke. If you do smoke, speak to your doctor about an approach to quitting that’s right for you.

How does my diet affect my risk?

Environmental factors, such as what you eat, are thought to play a big part in the incidence of bowel cancer. When it comes to minimising your risk of bowel cancer, it is important to follow general healthy eating advice, says Katherine Collings, research dietitian at The Gut Foundation.

Eating less fat (especially saturated fat), more high-fibre foods such as high-fibre and wholegrain breads and cereals, and plenty of vegetables, fruit and legumes is recommended.

A high consumption of meat and processed meat is considered a major dietary risk factor for bowel cancer.

However, while there is a link between high meat consumption and bowel cancer, this doesn’t mean you need to switch to a vegetarian diet — vegetarians can still suffer from this disease, says Collings. Aim for three to four servings of lean meat per week and minimise your intake of processed meats (this includes salami, ham, bacon, sausages, hot dogs and luncheon meats).

Other important risk factors include smoking, alcohol and obesity. It is important to get a variety of other nutrients, such as calcium and selenium, which can be obtained from a normal healthy diet that includes cereal, fibre, dairy, fruit and vegetables.