Behind the science: AGEs  the everyday substances that age us 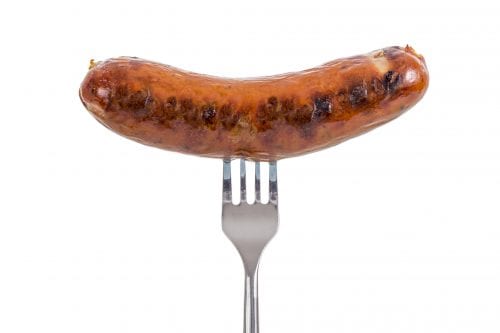 We all love a barbecue, but could that chargrilled meat or roasted chicken potentially do us harm? Senior nutritionist Rose Carr and Stephanie Osfield look into the substances known as AGEs — and what we can do to minimise their impact.

The production of advanced glycation end-products (AGEs) is a normal metabolic process. However, we also consume AGEs from foods and when there are excessively high levels of AGEs in our bodies they can promote disease through oxidative stress and inflammation. In other words, they can fast-track the ageing process.

“Recent research suggests that excessive consumption of AGEs may be linked to conditions like cancer, Alzheimer’s, diabetes and narrowing of the arteries,” says Professor Merlin Thomas, Senior Research Fellow at the Baker IDI Heart and Diabetes Institute in Melbourne and an expert in AGEs.

Just as the sun ages our skin from the outside, AGEs age our bodies from the inside. The main impact comes from AGEs travelling around our bodies, causing inflammation, loss of flexibility and stiffening of tissues. This occurs everywhere from the collagen in skin and the inside of arteries to the myelin protecting nerves in the brain.

“There is a strong relationship between the levels of AGEs in our diet and the level found in our blood,” Professor Thomas says. He also explains the damage caused by AGEs is greater in people with conditions like diabetes, where their high blood glucose levels lead to accelerated production of AGEs.

“Some studies have shown that eating a low-AGEs diet significantly prolongs the lifespan of mice — even when the mice eat as much as they like,” says Professor Thomas. But, he points out, “the equivalent research in humans is yet to be done.”

Are AGEs in all food?

Previously assumed to be poorly absorbed, more recent research has found we absorb around 50-80 per cent of the AGEs in our foods. Meat is one of the major sources of AGEs in our diets. Fast food is another culprit. Research by Josephine Forbes at the University of Queensland, found that, “even short-term consumption of processed foods high in AGEs can have detrimental effects on insulin sensitivity, which may hasten development of type 2 diabetes.”

The amount of AGEs in different foods varies widely and depends on the food’s make-up as well as how it’s cooked.

So, what about the good ol’ Kiwi barbecue?

Sadly, the news is not good. The high temperature of the flame combined with the smoke while cooking meat, fish or poultry, increases not just AGEs but also problematic chemicals called HCAs (heterocyclic amines) and polycyclic aromatic hydrocarbons (PAHs) both of which are carcinogenic.

This is why it’s recommended we avoid burning our meat — and that goes for chargrilled sausages on the barbecue. So barbecued food is better served up occasionally.

How can we reduce our AGE levels?

To reduce dietary AGEs, we would ideally minimise or avoid techniques like chargrilling, roasting or baking, searing and frying. These dry and high-temperature cooking methods also cook the fat back into the meat, increasing your fat intake.

“By contrast, cooking methods like steaming partially render the fat from meat (leaving it in your pan rather than on your plate), so the meat is lower in AGEs as well as kilojoules and saturated fat,” says Professor Thomas.

For a quick anti-AGE cooking method, just add water. Adding moisture to food through cooking techniques, such as stewing, steaming, poaching, simmering or boiling, can help cut the AGE content of food. Steam ovens are now available as an alternative to traditional dry ovens, and are growing in popularity both here and in Europe.

Some cooking ingredients can further reduce AGE levels. For example, studies show when cooking meat, lemon juice or vinegar used in a marinade cut AGE formation by over half — so add one or the other or both to your favourite marinades.

Not all uncooked foods are equal either. High-fat spreads such as butter, cream cheese and traditional mayonnaise are among the highest in AGEs, followed by oils and nuts. Higher-fat dairy products contain more AGEs than their lower-fat counterparts, and ageing cheeses also seems to increase the AGEs content. Within carbohydrate foods, processed foods such as crackers, chips or biscuits have the highest amounts of AGEs. This is thought to be from their ingredients such as butter, oil, cheese, eggs or nuts which produce even more AGEs during high-heat processing.

Plant-derived foods, such as soy, tea, vegetables and fruit are helpful in defending against AGEs. They contain antioxidants that act like a SWAT team, scavenging for AGEs in your body, making them less harmful.

“Including more of these foods in your diet is a good idea” says Professor Thomas.

Some types of foods have a lower impact on your body, providing fewer AGEs than others. So consider what you eat, as well as how you cook it.

Cut back on saturated fats

All low-fat products create fewer AGEs when they are cooked than their higher fat alternatives.

“Cooking with butter generates more AGEs than cooking with a reduced-fat spread or even oil,” adds Professor Thomas.

Altering your cooking methods is the most effective method for reducing AGE levels. The best ways to cook are to: