Are low-fat products making us fat? 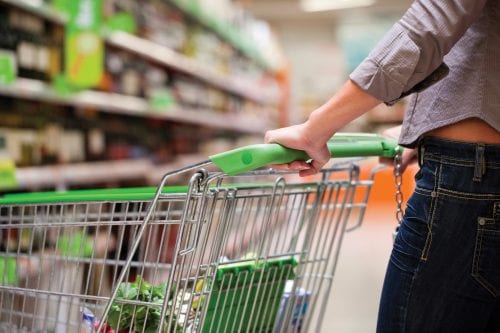 Low-fat, low-carb, low-GI… it’s a lottery when it comes to choosing food that will keep us healthy and trim. Nutritionist Bronwen King investigates whether choosing lower-fat food helps — or hinders — our quest for good health and well-being.

When low-fat eating first became popular, food manufacturers were quick to respond to consumer demand with an abundance of reduced-fat foods produced to ensure sales rather than concern for consumer well-being. Consumers tucked in irrespective of what may have been added to the product to replace the fat. And this is where the trouble lies. While some low-fat products are very useful for health and weight (trim milk, for example), many products have had their fat replaced with high-glycaemic carbohydrates such as sugars and corn syrup, which means they are not necessarily lower in kilojoules and may impact on the body differently when it comes to fat gain and fat loss.

What commonly replaces fat in food?

Fat has many functions in recipes. It provides flavour, crispness, tenderness and creaminess to ensure a smooth and velvety mouth feel. The replacement chosen depends on what properties of fat are being duplicated. Ideally, the fat substitute manufacturers want to produce a similar end product that tastes just as good but with less fat and fewer kilojoules.

Fat substitutes can come from carbohydrate, protein or fat sources. Often, a combination of substitutes is used to mimic the properties of fat in a product.

In sweet biscuits and cakes we are likely to see carbohydrate replacements used such as sugars (dextrins, maltodextrins, corn syrup), modified starch, cellulose-based fibre and vegetable gums. Such replacements are likely to replace any kilojoules lost from fat reduction to the point where low-fat biscuits may have more carbohydrates and sugar and the same kilojoules as the product they are replacing. As well, sugar and carbohydrate replacements are likely to raise the glycaemic index of a product making it more likely to increase production of insulin in the body. Insulin controls blood glucose levels by shunting glucose into muscle, liver and fat cells. Reduced-fat biscuits and cakes are, therefore, unlikely to be helpful when it comes to losing weight. A sweet food habit is also reinforced, which works against weight-loss.

Although not seen in New Zealand yet, in savoury products overseas, fat can be replaced with fat-based substitutes such as olestra, a chemically altered fat designed to resist digestion and pass through the body unchanged. Scientists are continually working on these products as some of them can have unpleasant side effects.

In low-fat dairy products, increased creaminess is often attained through the addition of skim milk powder and vegetable gums. These increase the protein content of the product which can help with satiety. If extra sugar has been added to compensate for flavour, however, (as often happens with ice cream and frozen desserts), you may be defeating the purpose of using them.

How do low-fat products fool us?

Brian Wansink in his book Mindless Eating describes experiments which show that people assume low-fat versions of products to also be lower in kilojoules. When people were given foods marked as ‘low fat’ they ate around 25 to 44 per cent more kilojoules than when foods were marked as regular fat. From this Wansink estimates that people believe them to have around 44 per cent less kilojoules than their regular counterparts when the reality is more like 11 per cent. As well as the low-kilojoule perception, people also feel virtuous when they choose low-fat products.

This halo effect of ‘choosing well’ means people are more likely to super-size their portions through a sense of guilt-free entitlement.

Low-fat versions often have carbohydrates added for flavouring and thickening. Compare kilojoules and carbs per 100g: if significantly lower, it could be a good substitute (quantity for quantity, of course).

Chances are if the fat has been reduced, carbohydrates have been added to thicken and flavour. Again, compare labels for kilojoules.

Low-fat versions often have more sugar and an equal number of kilojoules. Compare labels: if the sugar comes from dried fruit, it is not such a problem. Cereals such as wheat biscuits and oats are safe lower-fat choices.

These are likely to be high in sugar so treat the same as their higher-fat counterparts, ie. occasional foods only.

While it may seem as though there is only a small difference in the fat content between green-top and blue-top milk, when you consider how much milk is typically consumed, it all adds up to make a big difference in saturated fat and kilojoules.

Some varieties have as little as 5g fat per 100g (compared to 30-35g fat for regular versions). Remember: substitute in the same quantity — don’t be tempted to up-size your portion.

This is simply the regular version with the fat trimmed down. Sweetened versions can pack a punch with sugar so compare labels for sugar, fat and kilojoules. Note: regular unsweetened yoghurt is often a better choice than a light sweetened yoghurt.

Respectively 25 per cent fat and 22 per cent fat. Both cheeses are lower-fat/lower-kilojoule products than regular tasty cheese (35 per cent fat). If you want to add flavour, add a little grated parmesan cheese. Remember, however, all hard cheeses are relatively high in fat so use sparingly.

How to use reduced-fat products to your advantage