Your guide to the Asian food aisle 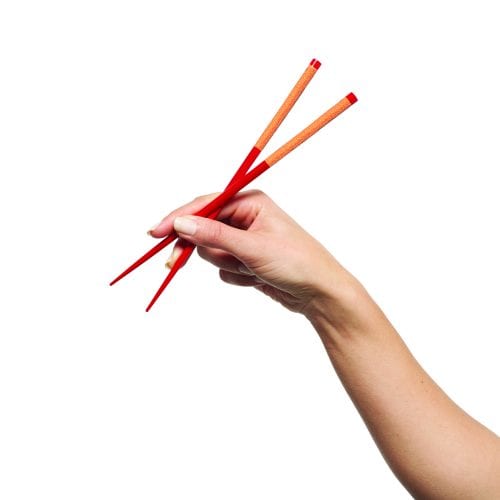 Asian food is a favourite for most. To prepare healthier versions of this delicious cuisine, here is our guide to choosing the best, healthiest ingredients in the Asian food aisle.

Asian cuisine is a significant part of our food culture. While many Asian meals rely heavily on meat and rice or noodles, don’t be afraid to use less rice or noodles, and be sure to add lots of vegetables.

These include curry paste and reduced-fat coconut milk (or coconut-flavoured evaporated milk), ready-made sauces and meal kits. The energy content of meal bases is generally low but you will be adding other ingredients (such as meat, vegetables and rice or noodles) which boost the kilojoule and fat content, so be mindful of portion sizes.

While it is important to watch your total energy intake, the biggest pitfall of Asian-style dishes is sodium. Meal bases can contain a significant amount of sodium and Asian sauces in particular tend to be very high. When comparing products for sodium content, keep in mind that a concentrated base, such as curry paste, will appear to contain much more sodium per serve than a ready-made sauce. However, they have similar amounts once prepared.

Adding condiments to your meal may also contribute extra sodium. Therefore, try to keep the sodium levels of the meal base between 500–600mg per serve.

Most sauces and pastes mentioned here contain a lot of sodium, so use them sparingly.

Mirin is a type of rice wine used in Japanese cuisine to add a light, sweet flavour. It is most commonly mixed with sushi rice, but it is also added to fish and meat dishes. It has a higher sugar content and lower alcohol content than traditional rice wine (sake).

Shrimp paste is made from fermented ground shrimp and is used in curries, stir-fries and soups. It has a strong, salty, fishy flavour and smell, but takes on a milder flavour when cooked with other ingredients.

Fish sauce is a salty liquid made from anchovies, salt and sugar. It is widely used in Thai cooking and, like shrimp paste, has a pungent smell and flavour.

Oyster sauce is a thick, dark brown sauce made from oysters, sugar, salt, water and cornstarch. It is often used when preparing stir-fries, and as a condiment.

Soy sauce is a dark brown, salty liquid made from fermented soybeans, wheat and salt. Unlike many of the sauces used in Asian cooking, soy sauce is available in reduced-sodium
and gluten-free versions.

Sweet chilli sauce is a thick, sweet sauce used in a number of dishes. It has a mildly spicy flavour.

Tamari is a type of soy sauce made from the liquid that drains off miso as it ages. Generally it is made entirely from soybeans, tamari is usually gluten-free.

Despite differences in texture and appearance, most noodles are made from rice flour, wheat flour or a combination of the two. Most variants can be purchased uncooked, and some are available in ‘shelf-fresh’ packaging, where the noodles have been pre-cooked and only need re-heating.

Udon noodles are a plump Japanese-style noodle made from bleached wheat flour. They are most commonly served in soups and have little or no flavour.

Soba (buckwheat) noodles are Japanese noodles which can be made exclusively from buckwheat or a combination of wheat flours and buckwheat. Because they are a wholegrain noodle, they are a source of fibre. Soba can be served either hot or cold (such as in salads).

Rice noodles, available in very fine vermicelli strands and thicker noodles, are commonly used in Vietnamese and Thai dishes. Because these noodles are wheat-free, they are suitable for those following a gluten-free diet (provided gluten-containing ingredients have not been added during manufacturing — check the packaging). Vermicelli noodles are commonly used as a filler in Vietnamese rice paper rolls.

Hokkien noodles are thicker-style noodles made from wheat flour and used as a base in Southeast Asian fried noodle dishes.

Egg noodles are made using wheat and eggs. They are often used as a base for stir-fries but these noodles can also be fried to make crispy noodles to sprinkle over salads for texture.

The nutritional profile of different types of white rice is similar. Brown rice is richer in nutrients, because it is a wholegrain.

Jasmine, basmati and medium-grain white rice all have a light, fluffy texture when cooked. Jasmine and basmati rice are more fragrant than plain rice. Basmati rice has a lower GI than other white rices so it is digested more slowly.

Sushi rice has a stickier texture than plain white rice, making it ideal for sushi rolls. Mirin is also added to the cooked rice, which gives it a slightly sweet taste.

Wasabi, also known as Japanese horseradish due to its hot flavour, is made from the ground root of the wasabi plant. It is light green in colour and served as a paste to accompany sushi.

Pickled ginger is prepared by soaking fresh ginger in vinegar and sugar. The pickling process gives the ginger its characteristic pale pink colour, although some brands add extra colouring.

MSG (monosodium glutamate) is a flavour enhancer commonly used in Asian food, where it lends a unique savoury taste called ‘umami’. Food Standards Australia New Zealand (FSANZ) states that MSG is safe for use in food, but a small percentage of the population may be sensitive to it in large quantities.

If a product claims ‘No added MSG’ it means that there may be some naturally-occurring MSG, but no additional MSG. When MSG is added, it must be listed in the ingredients either by name or by stating ‘flavour enhancer’ followed by the food additive code number (621).