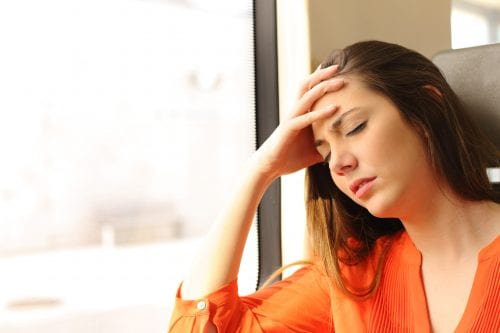 Over breakfast one morning in 2001, Commonwealth Games gold medalist swimmer Rebecca Perrott suddenly had trouble speaking clearly. “By the time [Dad and I] got to A&E, I was mostly OK,” she says. After some neurological tests, she was scheduled for another appointment with a neurologist a couple of weeks later and an MRI brain scan.

“The MRI showed that something had happened recently in my brain, and also that there had been other episodes in the past.” Rebecca had suffered a transient ischaemic attack (TIA), or mini stroke.

The Stroke Foundation of New Zealand reports that the average risk of having a stroke in the first week after a TIA is more than 10 per cent, and 20 per cent within three months. The Foundation advises that the majority of strokes are preventable, so it’s important to have any stroke-like incident assessed by a doctor.

“The sooner a doctor is able to confirm whether it is a TIA, the sooner you can start on preventative treatment,” says Rebecca.

Did you know? Every day, 21 New Zealanders have a stroke.