Can food really change your mood? 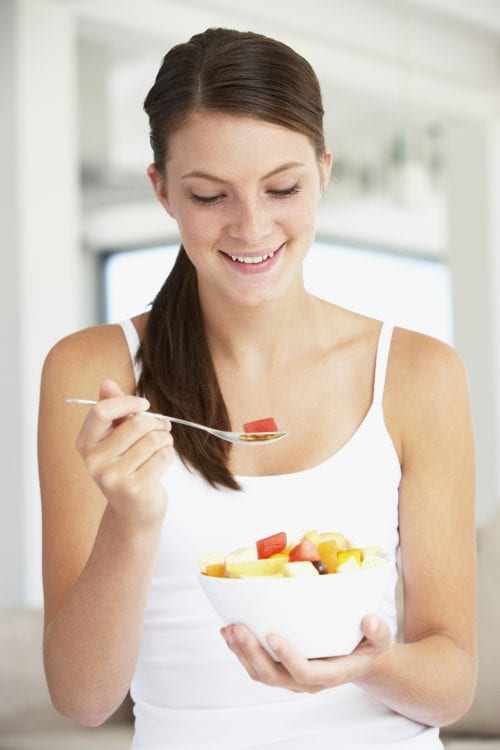 Did you know that your brain relies on the food you eat to make its ‘mood’ chemicals? There’s a lot more to food than chocolate and wine, says nutritionist Lisa Yates.

How does food affect the way I feel?

To understand food’s effect on mood, it’s important to consider some chemicals in the brain called neurotransmitters.

Neurotransmitters are used by your body to help different sections of the brain communicate with each other – in particular, the sections which control appetite, food selection and mood.

Dopamine and noradrenaline cause you to think and react rapidly, help motivate you, and increase your appetite. Serotonin has a calming effect, helping you focus and cope with stress, reducing your appetite and, depending on the time of day, making you feel lethargic and unmotivated (although too much stress can actually deplete your serotonin levels). As these chemicals are made using components in food, what you eat may affect your levels of neurotransmitters, and, in turn, impact on how you feel.

What you eat may affect your likelihood of both developing, and of overcoming depression, although the studies to date are suggestive rather than conclusive.

Research shows people who suffer from depression have lower levels of omega-3 fats than those who don’t, suggesting a possible link between how much omega-3 you eat and your likelihood of depression. Your brain predominantly comprises omega-3 fats, so avoiding omega-3-rich foods over a long period of time or experiencing repeated periods of stress (which can reduce omega-3 fats in the brain), may place you at higher risk of developing depression.

Rates of depression are much lower in countries such as Japan and Finland, where the diet is high in omega-3-rich foods, and one study found taking omega-3 supplements improved mood in a small group of people with bipolar disorder. Another study even found that taking fish oil as a supplement was as effective as an antidepressant medication, at boosting mood. While we are not suggesting anyone ditch their medication, increasing omega-3 could be useful.

For tips on how to increase intake, see How to boost long-chain omega-3 – that’s the omega-3 from fish oils that most of the research is based on. Here are a couple of other pointers to consider, too:

Why do I get so cranky when I’m on a diet?

Dieting – especially diets which recommend avoiding carbohydrates and result in rapid weight-loss – can actually affect your brain chemistry and therefore negatively affect your mood. That’s not a great side effect if you are already feeling insecure about your weight and appearance!

Furthermore, running low on fuel – as is often the case when you are restricting kilojoules – results in low energy levels and a general feeling of fatigue, which can also contribute to a negative frame of mind. To help keep yourself in a focused, positive emotional state, you should eat balanced meals which include low-glycaemic index (low-GI) carbohydrates and protein.

Given many of us don’t listen to our body’s natural cues for hunger and fullness, it’s probably best to eat healthy meals and snacks every three to four hours.

Seek professional help to lose weight slowly and safely by following a healthy eating plan, exercising regularly and including some form of daily relaxation.

Why is comfort eating comforting?

Some experts believe comfort foods are comforting because they remind you of happier times with friends and family, but many comfort foods also tend to be high in carbohydrates, and carbohydrates prompt your brain to produce higher levels of the calming, feel-good hormone serotonin – leaving you feeling better.

The problem with that is, comfort foods don’t leave you feeling better for long, say researchers from the University of Calgary. When healthy adults were asked to eat just one high-fat, high-carbohydrate ‘comfort food’ meal, they ended up being more susceptible to mental and physical stress afterwards than they were beforehand. So eating comfort foods may not be a good way to avoid stress, after all!

Why does chocolate make me happy?

Chocolate is a complex mix of fat, sugar and plant chemicals such as phenyethylamine (PEA) and tyramine. PEA can increase the effect of dopamine and noradrenaline, neurotransmitters in the brain which boost mood. But these can’t be the only chemicals at work – these compounds are also found in cheese and sausages, and no one claims to crave sausages!

The stimulants caffeine and theobromine are also found in chocolate, leading some experts to think these are potentially the cause. However, these are found at much higher levels in coffee, which doesn’t have quite the same effect on us.

Research shows it is women in particular who crave chocolate, and studies have found these cravings increase at the start of the menstrual cycle. Serotonin levels are also low at this time and research shows the body may crave carbohydrates to boost levels.

Chocolate also provides acylethanolamines, which may mimic the effect of a protein molecule in the brain called anandamide (meaning ‘internal bliss’). Anandamide can activate the same parts of the brain which the drug cannabis affects, resulting in heightened sensitivity and feelings of euphoria. While the levels of these compounds may be too low in chocolate to have any effect, some scientists hypothesise that even slightly elevated anandamide levels may magnify the sensory experience of eating chocolate, causing us to crave it.

Overall, little is known about the effect of chocolate on the brain, but it’s a great mood food – as long as your ‘cravings’ are controlled.