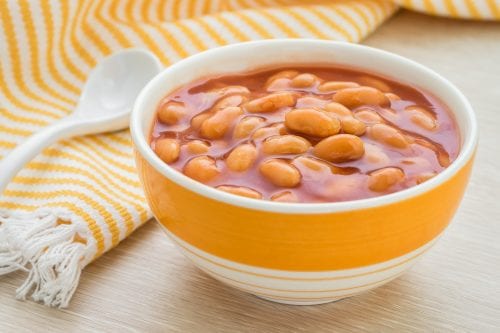 Surprisingly, the most common cause of flatulence is actually swallowed air, taken in when eating or drinking.

Other gases are produced in the stomach as well as lower down the gut, when healthy bacteria chomp away on food residues in our bowel. We usually think of bacteria as bad for us, but these ones are crucial for keeping our bowels healthy and protecting us from inflammatory bowel disorders and bowel cancer. While much of this gas is lost through breathing, the rest has to be released through either end.

Most of us have certain foods we view as culprits on a personal level.

Some high-fibre vegetables such as beans, cauliflower and leeks, which take longer to digest, are common wind producers, but their effect is not universal.

We all have our unique 'bowel habitat', so our response to foods will differ. You may also find foods to which you have a sensitivity cause an increase in wind.