How to cope with shift work 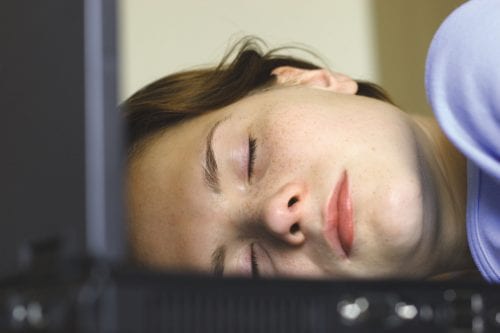 Is your working life out of rhythm? Here are some solutions for dealing with shift work.

Ever since Edison invented the light bulb we have had the ability to disrupt our biological clocks by ignoring the fall of darkness as a signal for sleep. While some of us use it as an excuse to play into the 'wee small hours', almost a quarter of NZers are earning their crust through some or all of the night. According to a recent Government survey, 18% of us are working shifts, some rotating shifts, while others work routinely between 10pm and 6am. Shift work is no longer the domain of the emergency services. Now we live in a 24/7 world, anybody from doctors and nurses, supermarket staff to office workers can be expected to turn their world upside down working shifts around the clock.

All living beings, from bacteria to humans, have 24-hour cycles, called 'circadian rhythms', from the Latin 'circa' and 'dies', meaning 'about a day'. Did you know heart rate and body temperature peak during the afternoon and are at their lowest around 4-5am? Most cycles are controlled both internally and externally; light and temperature being the best-known outside influences. They control when we are most and least alert. Internally we have a hormone, melatonin, which is inhibited by light, increasing during the hours of darkness.

Working against this natural 'rhythm' not only means we feel jet-lagged without the enjoyment of an overseas trip, but it can take its toll on our health. Daytime sleep is reduced both in terms of quality and quantity compared to sleeping at night. Night workers therefore face the double burden of reduced alertness due to sleep deprivation as well as the body's natural daily cycle encouraging them to rest.

Our digestive system goes into 'neutral' overnight, leaving our gut more sluggish, making constipation and diarrhoea more common in night-shift workers. Heartburn and peptic ulcers also occur more often as acid levels in the stomach change during the 24 hour cycle. Night-shift workers are not exempt from gaining weight either. For those working at night though, weight gain may be due to less kilojoules (calories) being burnt off internally as heat. There is also some evidence of hormone changes, particularly insulin, which can influence weight. External factors play a role, such as changed eating habits, being less active and having fewer food choices available. Given all these negative factors it is no surprise shift workers are also at higher risk of heart disease. Levels of glucose and certain types of fat are higher in the blood during the night, plus negative changes in the ratio of 'good' and 'bad' cholesterol.

Health problems associated with shift work are made worse by poor eating habits, a lack of activity and disturbed sleep patterns. So it is these three elements that those working shifts, particularly at night, need to focus on to give themselves the best chance of optimal concentration, alertness and health during their unnatural working hours.

Eating during the night tends to be influenced more by availability and time than appetite. Eating becomes more functional than social or enjoyable. Thought should be given to the meal eaten before starting a night shift. Whilst it might seem strange eating a main meal such as meat and three veg or fish pasta immediately after being asleep, night shifts are often longer than daytime office hours, so a sustaining meal is essential. For those on their feet, such as doctors, nurses or airline cabin crew, it is also physically demanding, with little opportunity for eating.

Be aware that opting for a main meal during a night shift, when alertness dips to its lowest around 2-3am, is also when our digestive system is running on low, leading to stomach cramps and bloating. Another way of countering this 'low' point is to take some handy snacks, eating little and often to keep the system fuelled but not overloaded. Yoghurt, banana, crackers and cheese or a meat sandwich will help you resist those boxes of chocolates dotted around the wards from well-meaning and grateful patients. It will also help you past the vending machines, seemingly absent during the day, but suddenly on every floor during the night, when instant fuel or so-called 'comfort food' is sought.

The usefulness of coffee and other caffeine-containing drinks is hotly debated. While it's a stimulant and therefore the perfect companion during the early hours of the morning, take care not to keep drinking caffeine throughout the night. When you've finished your shift, your priority needs to be sleep. Too much caffeine still in the system will make that a frustratingly hard achievement. Have your last caffeine-laden drink at least four hours before you are heading home to bed. Don't stop drinking though. Constipation is made worse when you don't drink enough, as is the likelihood of headaches. Also beware of alcohol: while a drink before bed may help you fall asleep, alcohol disrupts our sleep pattern, leaving you even less refreshed when you most need it.

Unlike day workers, most people on night shifts are going straight home to bed. They don't have the equivalent of an 'evening'. This means striking a fine balance between not being too full or too hungry. A light meal after work is probably enough, and may depend on who's at home as to whether you join your family or flatmates for their breakfast, or go it alone to suit your day's pattern. Either way, have something, but nothing too fatty, or it will sit in your stomach as you try to sleep. Make sleep a priority. Be selfish about it. Expect others to respect your sleep time, as you do theirs. Sleep is about more than just beauty, it restores and rejuvenates.

The consequences of disrupting our natural daily cycle are made worse by reversing our use of dark and light. Those working shifts in New Zealand, particularly rotating shifts including nights, have the most difficulty achieving work-life balance. Night shifts can often be expected of those working in potentially dangerous occupations, such as healthcare, mining and transport. Some of the world's major disasters, such as Chernobyl and the Exxon Valdez oil spill, happened during night shifts.

Eating well and keeping active can help overcome some of the consequences of the night worker's main enemy: sleep deprivation. For one friend, gym sessions are an essential part of working night shifts. For another, fresh fruit and vegetables become untraditional 'comfort foods' when sleep-deprived. Everyone must find what works best for them, but as the Canadian police tell their night shift workers, 'Eat less, Eat light, At night'.