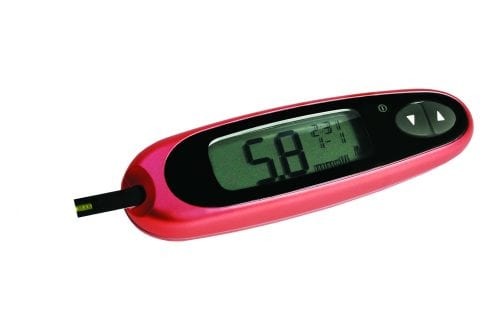 Every year, thousands of research institutions release findings which help shed light on how to better manage, prevent, and maybe even cure diabetes. We highlight some of the most exciting results.

Just seven minutes of exercise may be enough

Just seven minutes a week of short, intensive exercise may reduce the chances of developing diabetes, says new research published in BMC Endocrine Disorders. Over a two-week period, researchers asked 16 inactive young men (with an average age of 21 years and BMI of 24) to take part in a total of just 15 minutes of high-intensity exercise, which resulted in a reduction of their glucose and insulin responses by 12 per cent and 37 per cent respectively. Insulin sensitivity was also improved by 22 per cent. Short on time? Make sure you work hard during your exercise sessions.

Many have questioned the effectiveness and safety of a low-GI diet in managing diabetes. A new review by respected editorial group Cochrane, however, has confirmed low-GI diets can improve blood glucose control in people with diabetes, without increasing the risk of hypoglycaemia. The researchers found that following a low-GI diet decreased HbA1c levels by 0.5 per cent in both type 1 and type 2 diabetes, with two of the studies also finding a significant reduction in episodes of hypoglycaemia (compared to a high-GI diet). Lowering blood glucose levels usually comes with an increased risk of hypoglycaemia, so this is a particularly important finding.

Tea may have benefits

According to researchers at Scotland's Dundee University, drinking black tea may help prevent or manage type 2 diabetes. Their study found that certain constituents of tea, such as theaflavins and thearubigins, may potentially be able to combat type 2 diabetes due to their ability to mimic insulin action, thereby acting as an insulin substitute. Of course, the researchers caution that tea is no substitute for medication.

A study of more than 28,000 post-menopausal women found those who drank more than six cups of any type of coffee per day were 22 per cent less likely to be diagnosed with diabetes than those who did not drink coffee. But there's no need to overdose on caffeine: decaffeinated coffee is just as beneficial. It's thought the minerals and high antioxidant levels in coffee beans may have beneficial effects on metabolism and BGLs and potentially provide protection to the pancreas.

Vinegar may play a useful role

Researchers at Arizona State University found that individuals with type 2 diabetes who consumed vinegar with a high-carbohydrate meal had 19 per cent lower BGLs afterwards than the placebo group. According to lead researcher Dr Carol Johnson, it's the acetic acid in vinegar that has an antiglycaemic effect. Try adding some to your next salad dressing.

When was the last time you had overly high blood glucose? Even if you don't remember, new research shows that your cells have the ability to do so. Not only do they remember the effects of high blood glucose, but they continue to replicate them, potentially for weeks afterwards. According to lead researcher Associate Professor Assam El-Osta, cell 'memories' of a bad diet can also be embedded into your DNA and passed on to your children's cells, too, providing another insight into the hereditary nature of conditions such as obesity and diabetes. Yet another reason to keep blood glucose levels stable.

The study, which looked at 1700 hypertensive men and women, found those with uncontrolled blood pressure had twice the incidence of diabetes (eight per cent versus four per cent), even after controlling for baseline blood pressure, BMI, family history and physical activity.

Poor blood vessel function is strongly linked with diabetes. But a 2008 study, funded by Mars Inc., found that drinking their flavanol-rich cocoa beverage may improve blood vessel function. Additional research is needed, but it's thought cocoa may one day play a role in diabetes management.