Cholesterol: Should I change my diet? 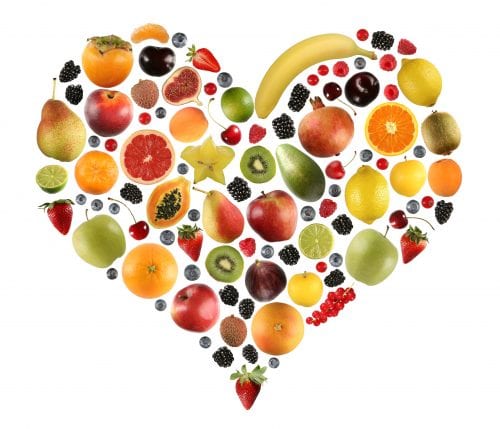 Try to think about eating a healthy, balanced diet rather than restricting or forcing yourself to eat specific foods. That said, it's important to look carefully at the food you're eating.

Makes some sense after all, but the body is cleverer than us. If we eat cholesterol in our food, our body makes less to compensate.

More important than the cholesterol in a food is the fat, specifically the saturated fat. It can increase cholesterol levels by increasing the 'bad' LDL carriers.

About half of the saturated fat in our New Zealand diet comes from animal foods, namely butter, dairy products like milk and cheese, and fatty meats.

Other foods contributing significant amounts of saturated fat include cakes, biscuits, pies and pastries, where the saturated fat is hidden and can't be removed. They also contain trans fat. So it's a good idea to cut out or at least limit some foods like pies and cakes and other manufactured snack foods.

But dairy products and meat are important sources of many nutrients in most people's diets. Reduce your saturated fat intake by choosing low-fat milk or yoghurt and lean cuts of meat, and removing skin from chicken.

Take care with cooking methods and dressings; watch the hollandaise sauce on your eggs benedict as it's high in saturated fat. Enjoy your eggs 'undressed': boiled, poached or scrambled with low-fat milk rather than fried in butter, and eat your seafood grilled or pan-fried in unsaturated oil, not battered and deep-fried.

Butter and dairy foods, such as cheese, cream and blue-top milks, all contain saturated fat.

Margarine, in contrast, is usually higher in unsaturated fat, when it is made from sunflower, canola, olive or similar oils. This means margarine should be better for lowering cholesterol levels.

But it's worth taking a look at the label on your spread. The process of turning oil into margarine changes the shape of some fats, producing what are called 'trans' fats. This type of fat not only increases 'bad' LDL levels, but also reduces 'good' HDL levels. But before you rush back to butter, the good news is margarine manufacturers have worked hard to reduce the levels of trans fat in their products, and many now legitimately claim to be virtually trans fat-free.

It's also worth remembering butter or margarine must be 80% fat to be called that on the labels, but there are now many other spreads much lower in fat, some as low as 40%.

Lowering your fat intake will help control your weight so the bottom line is, with any spread, spread it thinly. If you can see your teeth marks clearly, you're using too much.

With most dairy foods there are lower-fat versions available, and cheese is no exception. Choose small amounts of the lower-fat varieties, or those already lower in fat, such as cottage cheese, edam, brie and camembert.  The table below shows how much fat is in each type of cheese:

Also consider cheese as part of a meal rather than a snack food, so avoid cheese and crackers before a meal for example. Save cheese for a lunchtime sandwich or within a main meal dish and really savour it.

Enjoying a steak is one of life's many pleasures and can be continued when trying to reduce a high cholesterol level. Although fat on meat is about 50% saturated, it's also visible, so it can be removed easily.

Red meat in New Zealand comes from animals raised on pasture, which means it contains very little fat within the meat itself, unlike the 'grain-fed' meat that's common overseas.

Always buy lean cuts of beef and lamb, which generally contain less than 10% fat, comparable with other lean meats like chicken. With pork look for lean or 'trim' cuts and always take off the fat, and be careful with bacon – avoid the streaky types and always take any fat off.

Processed meat – salami, pastrami, sausages etc – can be very high in fat which can't be removed (the white bits in salami are fat!) so use these in smaller amounts or cut them out altogether and replace them with leaner meats.

About 1 1/2 cups of cooked oats may be enough to affect your cholesterol levels. It is the type of fibre in oats, known as soluble, which appears to lower 'bad' LDL, as well as possibly protect blood vessels from its harmful effects.

But that is a huge serving, so if your bowl size is more modest, try adding some dried or stewed fruit to your porridge as additional sources of fibre.