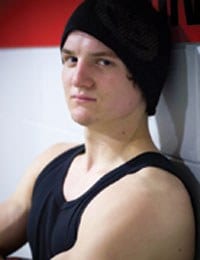 Have those healthy habits been maintained, or has the going got tough and those good intentions been derailed? We revisit Ray to see how he's doing with his diet and exercise plan.

At 17, Ray is a competitive boxer. He was fit and lean, but needed to drop weight for his boxing weight class. He also had slightly raised cholesterol and had some bad habits, relying on pies, soft drinks and donuts for energy, and energy drinks and coffee for a pick-me-up. He also had a low intake of fruit, vegetables and dairy products.

Ray reaped many benefits from his new eating plan including heightened energy levels. He also had normalised blood cholesterol. However, Ray and his coach changed his goals considerably during the six weeks to a weight gain goal (to the 69kg class) instead of a weight loss goal, so we just had to change his programme to incorporate this. Ray reported that he was quite comfortable with his eating and had developed some very good habits: not missing any meals, having more fruit and vegetables, and getting enough dairy and calcium every day. He also gave up most of his takeaways and pies. His coach was very pleased and felt he was improving in all areas.

Ray is still growing and gaining muscle, weighing in at 71.5kg. The aim is to bring Ray up to the welterweight category (that is 79kg) – to about 12kg heavier than where he was a year ago. His goal is to turn professional next year, so his training has increased in intensity and includes more weights and exercises aimed at building strength and muscle directly.

Ray has kept up his healthy eating. Foods such as porridge, fruit, filled rolls, sandwiches, salads, meat and protein shakes feature in his daily diet. He is happy to make some snacks and meals to gain more control over what he eats. To keep him on his journey to 79kg we will need to add in some more energy-dense foods. Ray is proving to be very disciplined and strong – not only when it comes to training hard, but also when it comes to his nutrition. This will pay off and we wish him luck in the professional ranks.