Top tips to transform your teen! 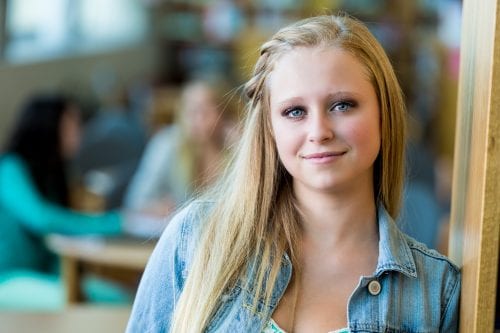 This article was written by Otago University nutrition student Jessica Meads, who shares her tips on getting teenagers into healthy eating habits.

When I think of the words teenage eating habits, two images immediately come to mind. The first is the chip munching, coke guzzling teen that swoops into the house around dinner time, and with no more than a grunt or mumble of thanks leaves immediately after. The second is the weight-conscious teen who always has a full social calendar and a dress to fit, and flits from one eating fad to the next. The challenge of keeping up with your teen’s social calendar is hard enough, let alone getting them to adopt healthy eating habits.

So to help you transform your teen into a healthy, active adult, here are some common barriers you may face, and some easy solutions to overcoming them.

A teen’s life is usually a fast, fun-packed one with many things on the go at once. The juggle between school, sporting commitments, part-time jobs and a social life leaves little room for the importance of a healthy diet and lifestyle.

Meals are often skipped. Breakfast is forgotten in the morning scurry out the door, a proper lunch or dinner gets pushed aside as sporting or work commitments arise. All are only remembered when the stomach rumbles half way through class, or on the way home from school. The majority of the time what results is a quick dash into the nearest dairy, canteen or pantry and the consumption of a sugar or fat-laden snack.

Skipping meals can not only cause an unhealthy binge session later on in the day, but also a lack of concentration, motivation and energy. In some instances a skipped meal may not always be accidental. Girls often have the misconception that it will aid weight loss or keep in shape. Instead, when hunger hits later in the day, they are more likely to reach for that fatty or sugary hit.

With all the new technologies, freedoms and constant changes to a teen’s social scene, it is not surprising they have a lack of interest in healthy foods and activities. They would rather be out hanging with their peers or driving around in their new car than be seen going for a walk with their parents or getting a lecture about healthy foods.

Unlike most boys, girls are more often than not weight conscious during adolescence and go through different food phases. The most common phase for girls is becoming vegetarian. Sometimes this is for ethical reasons, but it can also be because they want to be different, fit in with their peers, or simply to annoy their parents! And it can also be seen as a way to lose weight. Other phases could include cutting out carbs, avoiding dairy, or the latest fad diet they read in their favourite magazine. Whatever the phase they go through, often it can lead to an unbalanced diet lacking in nutrients needed for proper growth and development.

Peers' opinions and acceptance play a large role in any teen’s life. With a full social calendar and an extensive social network, outside influences can take a large toll on a teenager’s attitude towards food.

NOTE: This article was written as part of a writing assignment for Otago University’s nutrition students. It has been reviewed by Healthy Food Guide’s senior nutritionist.