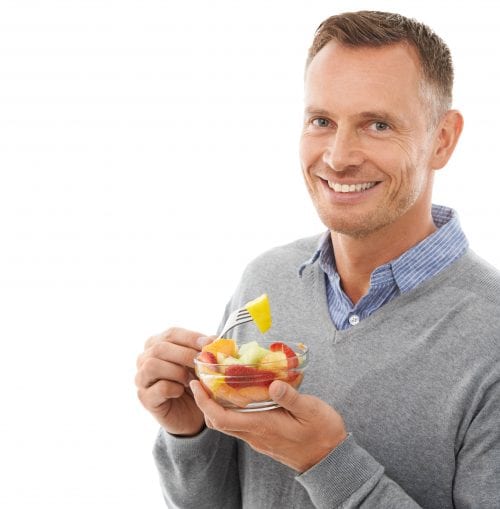 Andrew Dickson shares tips for blokes on how to beat the late-night munchies.

The most difficult time of the day food-wise for me is after my evening meal, and I'm not alone. I was recently talking to a bloke who thought he had found a remedy for his post-dinner munchies – Weet-Bix. He used to eat ten with milk a couple of hours after dinner, just before bed. He asked me during a meeting whether I thought this was a good after-dinner snack. Tricky question. Here's an answer, and some alternatives for managing the dreaded post-dinner munchies.

Ten Weet-Bix and 250ml milk equals about 2800kJ (energy), or about 30 per cent of my daily energy intake. The nutritional profile of this meal is also important: 75 per cent of the energy comes from carbohydrate, 20 per cent
from protein and 5 per cent from fat. Overall, not a bad post-dinner snack profile – except the 'snack' is too big.

Generally, you wouldn't want to have more than 15-20 per cent of your daily allowance after dinner, with at least half of that coming from carbohydrate. So five Weet-Bix and half a cup of milk – about 1450kJ – would be good for me.

There is no perfect post-dinner snack. It is easier to digest carbohydrate, but protein and fat tend to release energy more slowly so you wake up less hungry, which is why I tend to go for a balance (like the Weet-Bix and milk).