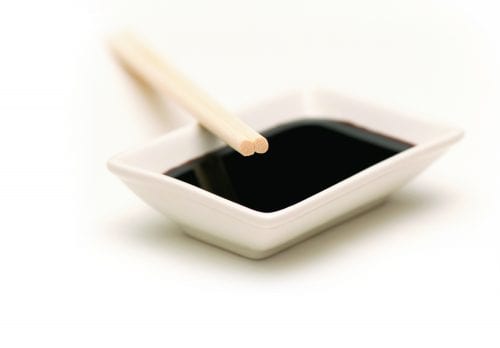 A look through the interesting world of soy and other Asian sauces.

The range of international foods we have access to in our supermarkets is mouth-watering and as our world becomes more village-like, that selection keeps getting bigger. The range of Asian sauces is one example, and many of us will have several in the pantry we may have purchased for a specific recipe. But it can be hard to know how to make better use of them to pep up our meals.  We asked nutritionist Rose Carr to take a closer look at some Asian sauces.

Widely used throughout South East Asia, and especially in China and Japan, soy sauce is the condiment equivalent to salt in Western kitchens. In traditional production the soy beans are steamed and roasted and their natural oil removed; these are mashed together with crushed wheat; fermented; then mixed with a strong salt solution and fermented again. High-quality soy sauce can take 12 months to produce. The flavour is sharp and tangy, as well as very salty.

Soy sauce is very high in sodium and most of us need to reduce our sodium intake. Just one tablespoon of soy sauce has almost as much sodium as half a teaspoon of salt.

So we’d advise always using a reduced-sodium version, like Kikkoman’s ‘Less Salt’ soy sauce. It has half the amount of sodium and still gives the distinctive soy sauce flavour.

Soy sauce can be used to flavour meat, poultry, fish, vegetables, soups, sauces and marinades. When eating Chinese or Japanese food, it is also used as a condiment at the table.

This is also a dark soy sauce, produced from soy bean paste (miso). Although traditional Japanese tamari sauce is made with little or no wheat, some products available here do contain wheat, so check the ingredients if you’re aiming to avoid wheat or gluten. Ceres Organics Tamari soy sauce and Kai Ora Organic soy sauce have no wheat.

This thick brown sauce, with a sweet and spicy flavour similar to barbecue sauce, is widely used in Chinese cooking. Made with soy beans, garlic, chilli, spices and often sweet potato, Hoisin sauce can be used in a marinade, in stir-frying, or as dipping sauce.

This is a Japanese sauce generally used as a marinade or dipping sauce. A bottle in the cupboard is convenient for occasional use, but if you’re keen it’s quite easy to make your own teriyaki sauce; it has few ingredients and all you do is mix together and simmer. Recipes generally use dark soy with mirin (a Japanese sweet wine) or sake added, sugar to sweeten, and garlic and ginger to flavour.

The original oyster sauce was accidentally invented by Mr Lee Kum Sheung, the founder of Lee Kum Kee. He discovered the sauce from an over-cooked pot of oyster soup in his restaurant. This dark brown sauce is now generally made using oyster extract with sugar, salt, caramel colour, cornstarch and yeast. Oyster sauce is used in dressings, marinades and stir- fries.

Fish sauce is commonly used throughout South East Asia and the type of fish used to make it will vary in each region. In Vietnamese cuisine it is known as nuoc mam and in Thai cuisine, nam pla.

Fish sauce is traditionally made by fermenting small whole fish in vats of salty brine. Fish sauce we buy here is commonly made from anchovy fish extract with salt and caramel colouring. A thin, light brown sauce, fish sauce is strongly flavoured and very salty, so it’s often used in small amounts in dressings and stir fry sauces.

Fish sauce contains even more sodium than soy sauce, so for people with high blood pressure it may be best avoided.

Black bean sauce can be used in marinades and stir-fries to flavour all meats.

Pickled chilli, vinegar, garlic and sugar combine to make the sweet style of chilli sauce commonly used in Thai cooking. Some sauces are labelled as hot while others are a milder chilli flavour.

Sweet chilli sauce is used as a dipping sauce, in dressings and marinades.

Use this for a vegetable salad/slaw, or as a dipping sauce, or have it on the side with rice when you serve Thai curries. Mix 2 tablespoons lemon or lime juice, 1 tablespoon sugar and 1 teaspoon fish sauce.

Make a stir-fry marinade for chicken, pork or beef using: